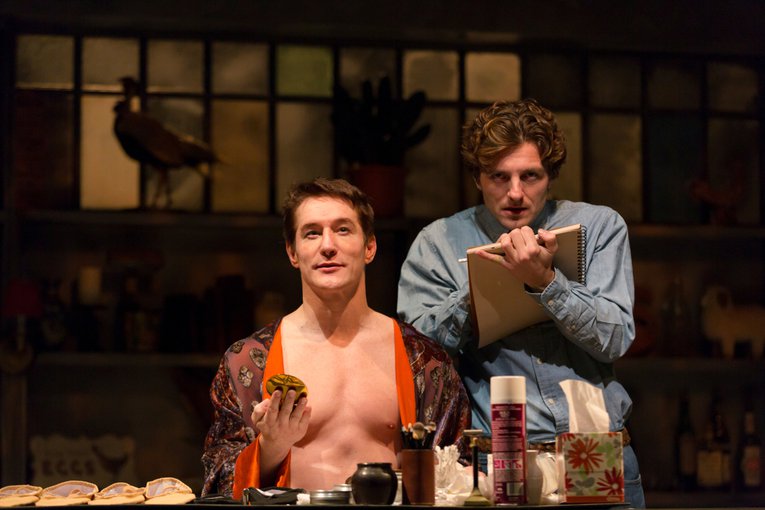 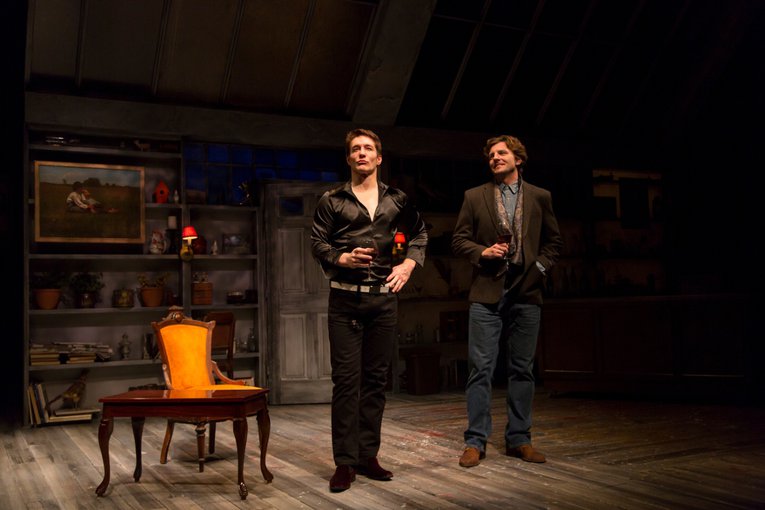 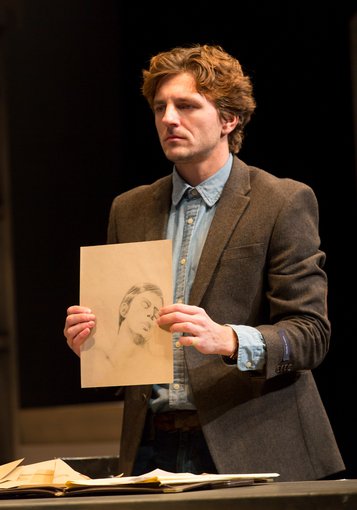 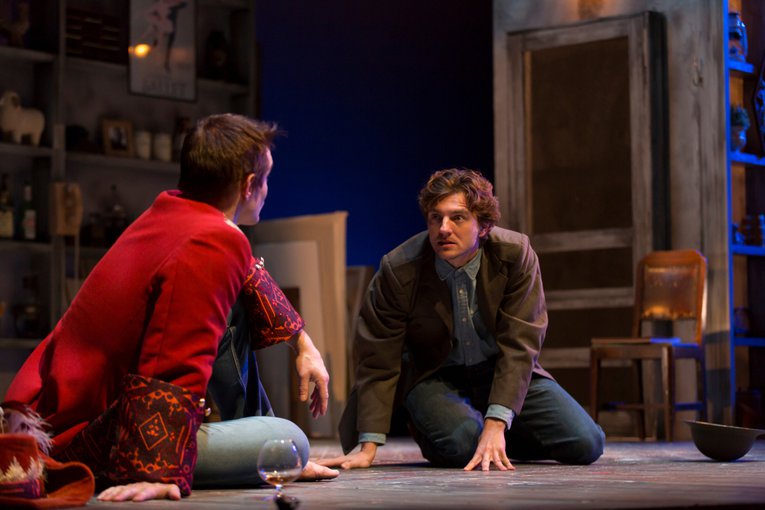 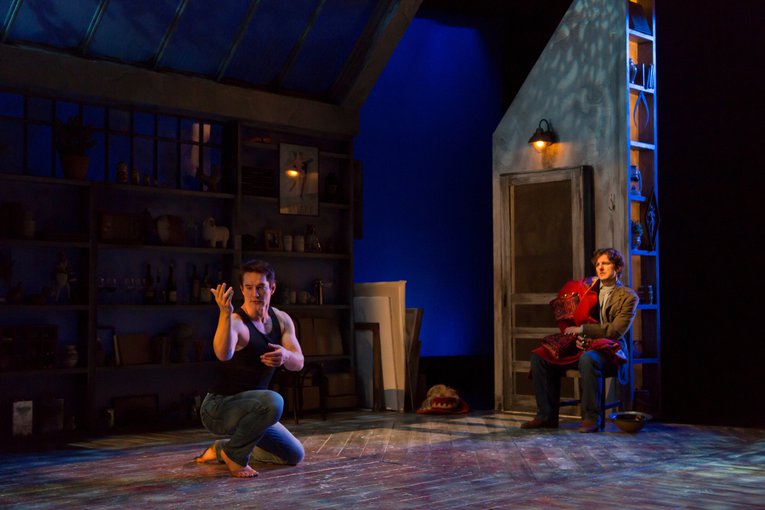 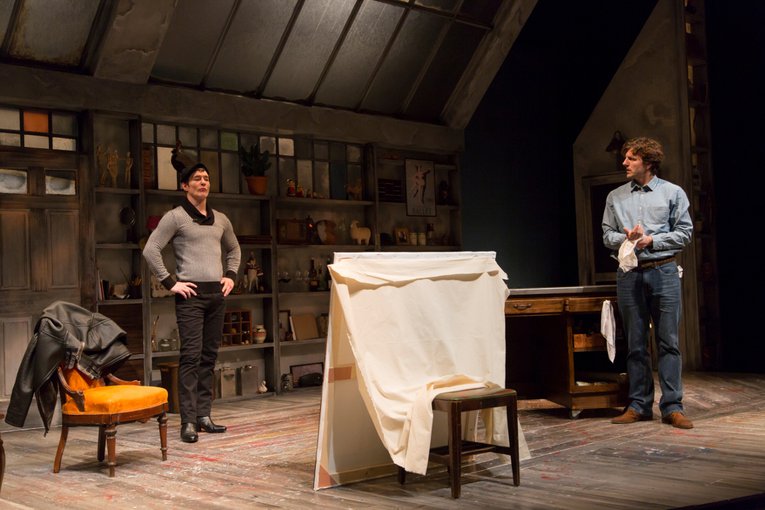 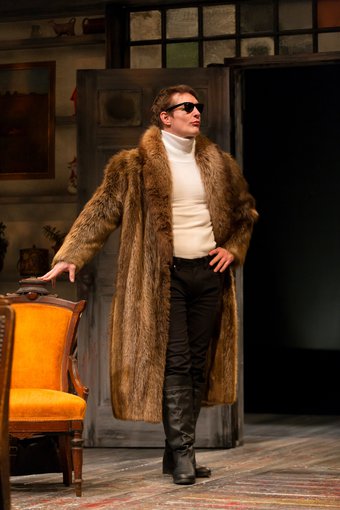 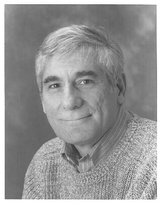 David Rush has written plays produced at such theaters as American Stage, Stage Left, Mark Taper Forum, GeVa Theater, and Manhattan Theater Club, among others. His work has won or placed in national contests and has earned a variety of awards, including several Chicago Jeffs, a Los Angeles Drama Logue and two Midwest Emmys. He has received Illinois Arts Council grants and was a writer in residence at the Inge Center in 2010. His books, A Student Guide to Play Analysis and Building Your Play, are used by many colleges and universities.

Michael Mastro has a long history with George Street Playhouse, having served as its Resident Artistic Director for the 2015-16 and 2016-17 seasons. At GSP, he has directed 2016's Nureyev’s Eyes, 2014’s The Fabulous Lipitones and 2011’s The Subject Was Roses with Stephanie Zimbalist. He has also appeared on our stage in such productions as The Sunshine Boys, The Pillowman, The Fox on the Fairway and Inspecting Carol. In recent years, he has directed Ingmar Bergman’s Nora at Delaware Theatre Company, where he was Associate Artistic Director, and appeared in Ayckbourn’s The Things We Do For Love at the Westport Country Playhouse. He has also helmed several NYC celebrity play readings to benefit various nonprofits, working with actors like Zachary Quinto, Bernadette Peters, Jean Smart, Beau Bridges, Michael McKean, Stockard Channing, Melissa Leo, Laura Benanti, Cynthia Nixon, John Slattery and Cecily Strong. Other directorial assignments include associate director of the recent first national tour of West Side Story, helmed by David Saint, as well as the direction of many new American one-acts for several NYC theatre companies. As an actor, he works regularly on and off Broadway, regionally, and in film and TV, where he is currently recurring on Law & Order: SVU. Proud member: Actors Equity, SAG-AFTRA, SDC, Naked Angels, The Actors Center. 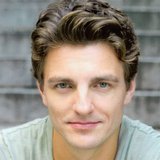 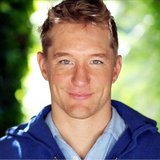 Bill Dawes is a three-time Broadway veteran, most recently appearing as Mickey Mantle in Bronx Bombers. He has appeared in a dozen off-Broadway productions, and many more at esteemed regional theatres like Williamstown, Ford’s Theatre and Dallas Theatre Center. Television credits include Law & Order, Criminal Minds, Damages, The Following, Royal Pains, Sex and the City, and many more. As a comic, Bill has performed all over the world, including tours of Iraq and Afghanistan with the USO, and has videos at http://www.laughfactory.com/BillDawes and on YouTube.

"George Street’s production of the play, like a well-executed painting, fuses contrasting and harmonious elements into a pleasing creation." - Michael Sommers, The New York Times

Fighting personal demons and demanding perfection, American painter Jamie Wyeth and Russian ballet and film star Rudolf Nureyev develop a friendship that transcends their differences and lasts until the end of Nureyev’s storied career and too-short life. Struggling to capture the icon on paper and canvas, Wyeth is not satisfied until an unexpected breakthrough provides new inspiration -- opening his eyes to what is right in front of him.