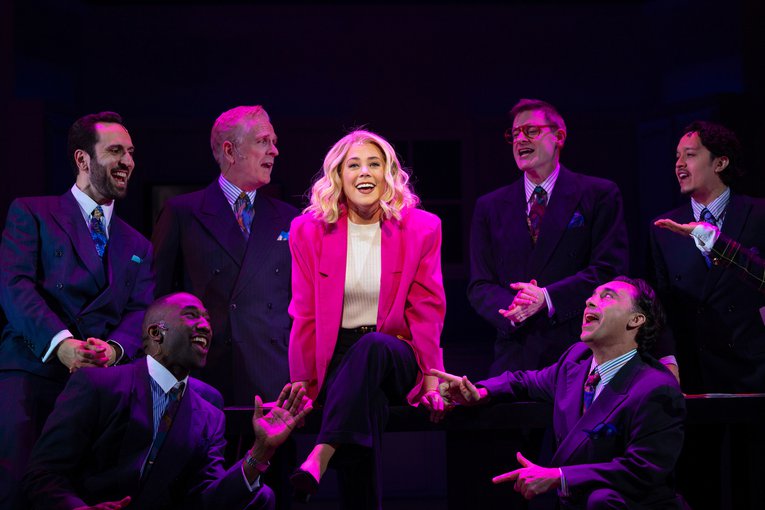 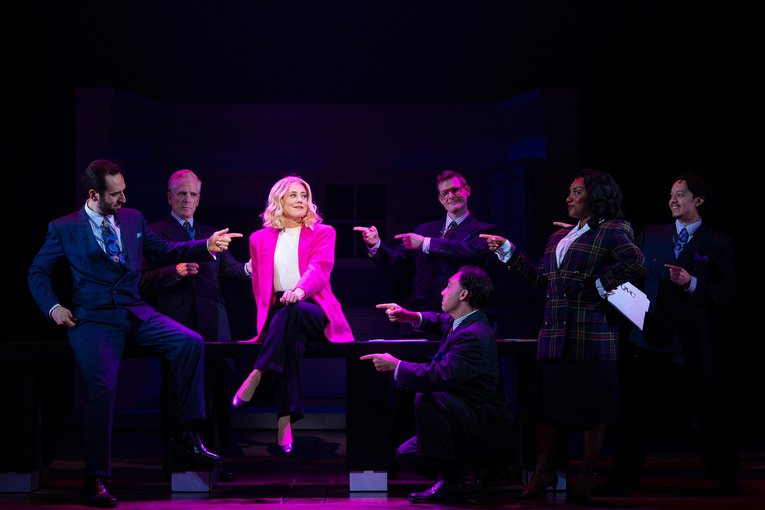 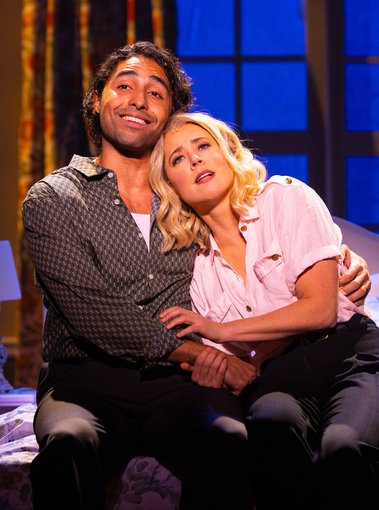 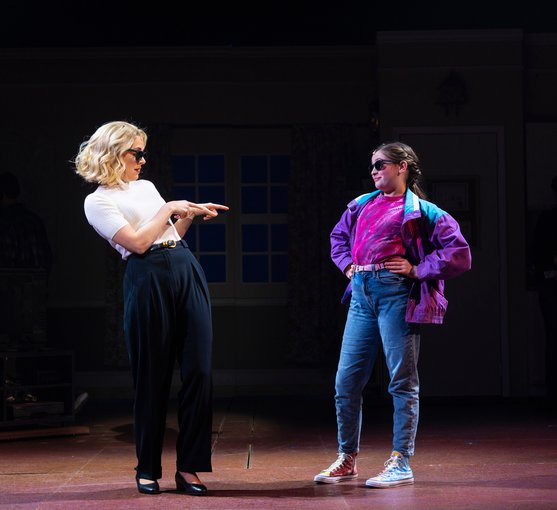 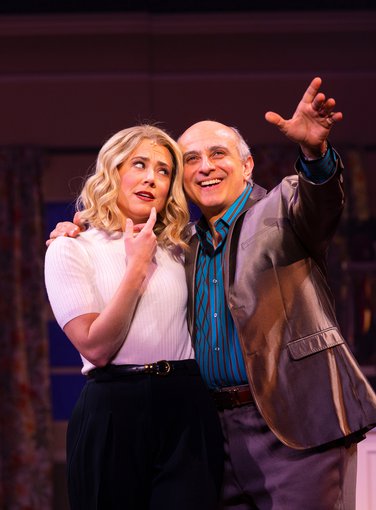 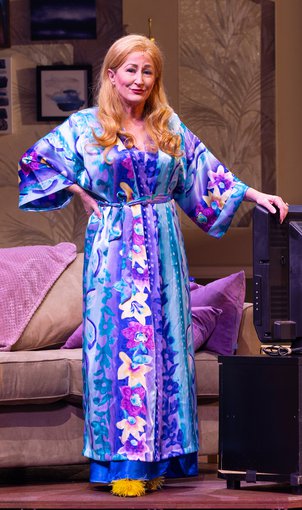 Ken Davenport (Book) is a Tony Award-winning Broadway producer and writer whose credits include Once On This Island (Tony Award), Gettin’ the Band Back Together, The Play that Goes Wrong, Groundhog Day (Tony nomination), Deaf West Theatre’s Spring Awakening (Tony nomination), It’s Only a Play, Macbeth starring Alan Cumming, Godspell, Kinky Boots (Tony Award), and more, including multiple Off-Broadway productions such as Altar Boyz, The Awesome 80s Prom and more.  Ken’s shows have been produced internationally in over 25 countries around the world. He is the founder of TheaterMakersStudio.com, a one-of-a-kind "masterclass" community that provides training and inspiration from Broadway's best to writers, directors, producers and more.  Ken created the best-selling board game, Be A Broadway Star, one of the highest-ranking Broadway gifts on Amazon.com.  Ken was also the Executive Producer for North America for Andrew Lloyd Webber’s Really Useful Group and is the Theatrical Consultant for Primary Wave, a music management and publishing company.  Ken’s unique production and marketing style has garnered him international attention in numerous publications, including Vanity Fair and The New York Times. Upcoming projects include A Beautiful Noise: The Neil Diamond Musical, The Griswold’s Broadway Vacation, Joy the Musical, Harmony: A New Musical written by Barry Manilow and Bruce Sussman, and a musical based on the life of Harry Belafonte. For more information, visit www.KenDavenport.com.

AnnMarie Milazzo (Music & Lyrics) served as vocal designer for Broadway’s Spring Awakening, Next to Normal, If/Then, and Finding Neverland. Her Off Broadway credits include Carrie, Bright Lights Big City, and Superhero. Her regional credits include Dangerous Beauty, Prometheus Bound, Some Lovers, Dave, and A Walk on the Moon. Milazzo served as the Broadway orchestrator, with Michael Starobin, for Once on This Island, for which she was nominated for Tony, Drama Desk, and Outer Critics Circle Awards. She is the composer and lyricist of Pretty Dead Girl, winner of the Special Jury Award at the Sundance Film Festival, and the lyricist of Le Rêve and Le Perle. Milazzo is the Grammy-nominated female vocalist for East Village Opera Company on Decca/Universal Records. 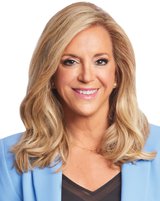 Joy Mangano is one of the most successful and celebrated product inventors of today. Trusted by millions, Mangano has been reinventing clean for over 25 years with game changing products. She has spent her entire career creating and searching out revolutionary products designed to make life better and brighter for you and your family. She founded her first company in the back of an auto-body shop, and has created and sold over 3 billion dollars’ worth of product to consumers across America over her storied career. Mangano invented and launched the first-ever self-wringing Miracle Mop, changing the game of cleaning back in the early 1990’s. She has millions of products in homes across America and has invented and launched hundreds of successful products across virtually every category, including closet organization, cleaning, luggage, handbags, bedding, towels, cooking, and so much more.

Casey Hushion (Director) (she/her) has had the pleasure of working on Broadway for many years, on projects including MEAN GIRLS, ALADDIN, THE PROM, IN THE HEIGHTS, and THE DROWSY CHAPERONE as the Associate & Resident Director. Working with Broadway's finest writers, producers, directors and creative teams, Casey has simultaneously established a successful directing career of her own. Recently Casey directed the new hit play CLUE, which premiered at Cleveland Playhouse. The production went on to successful runs at La Mirada, Paper Mill Playhouse, and was the most licensed U.S. Play in 2020 & 2021.

Also at Paper Mill Playhouse: A JOLLY HOLIDAY: Celebrating Disney’s Broadway Hits and the streaming production of BEEHIVE. Casey directed the world premiere of MYSTIC PIZZA at Ogunquit Playhouse. Other New York credits include CALL ME MADAM at City Center Encores, FAT CAMP at the American Theatre of Actors, and the Broadway production of NERDS (almost).

For television, she has choreographed episodes of UNBREAKABLE KIMMY SCHMIDT and staged press events for The Tonight Show, Good Morning America, The View, The Late Show with Stephen Colbert and the NBC special One Night Only: The Best of Broadway. Concerts include Celebrating 25 Years of Disney On Broadway at the New Amsterdam Theatre, Broadway in Bryant Park, Carousel and A Little Night Music with The Boston Pops. Casey served as the Artistic Director of North Carolina Theatre for ten years, where she directed over twenty productions.

Outside of creating great theatre with great people, Casey is happily wrangling three kids with her awesome husband out in Maplewood

This holiday season, George Street Playhouse is thrilled to be producing the World Premiere of JOY, a heartwarming and powerful biographical musical based on the life of Joy Mangano—the entrepreneur, inventor, best-selling author, and self-made millionaire whose journey epitomizes the real American Dream. This uplifting true story is about one woman’s triumphant climb, from divorce to single motherhood and bankruptcy, to becoming a wildly successful dynamo that all started with the invention of a mop – her Miracle Mop!

JOY is a feel-good musical about finding yourself through determination, imagination, and reinvention with a twist, and is sure to inspire audiences long after they leave the theatre. From Tony Nominee AnnMarie Milazzo (Music & Lyrics) – returning to George Street after last season’s recent hit A Walk on the Moon – this is a one-of-a-kind, moving and empowerment-charged musical theatre event that is not to be missed!

Produced in association with Sandi Moran and Ken Davenport 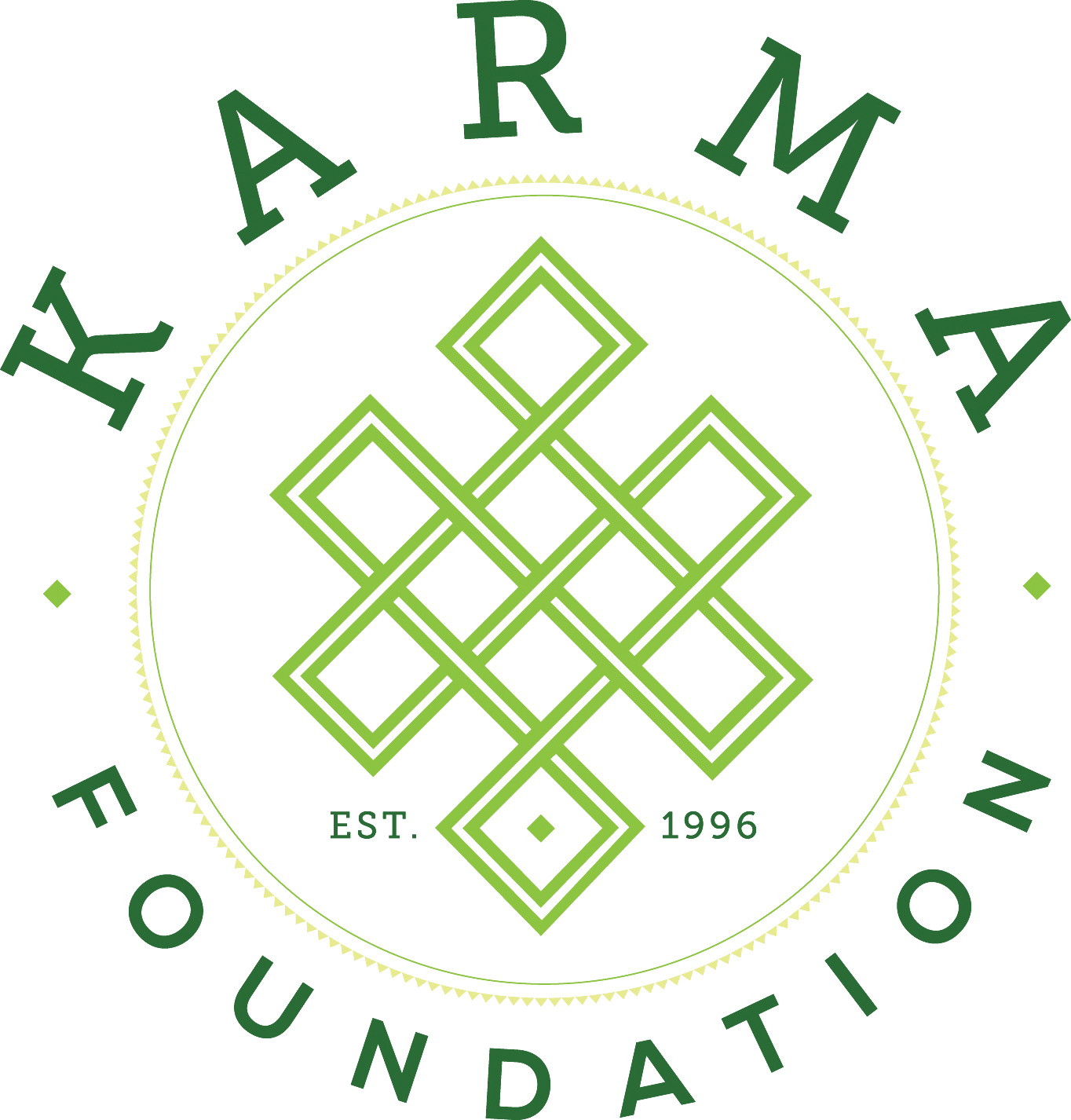 Sponsored by The Karma Foundation

Heartwarming and stirring....See it at GSP while you can!"

Mostly perfect and totally moving.... sure to prove a favorite with audiences." 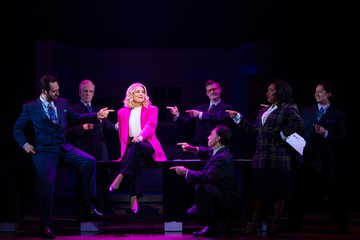 It all started with a mop. A self-wringing mop, a makeshift workstation in a garage, and a desire to make something better than before: that’s the story of Joy Mangano. Here in New Brunswick, New Jersey, the mop is ever present, 32 years after its invention. Learn More 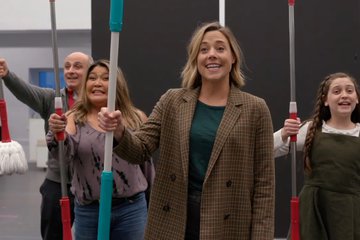 George Street Playhouse is debuting the new musical “Joy” about the life of inventor and entrepreneur Joy Mangano. As the inventor of the Miracle Mop, the best-selling self-wringing mop from the ‘90s, Mangano launched a mammoth cleaning product empire on QVC and Home Shopping Network, became an inspiration to women across the country, and was portrayed by Jennifer Lawrence on film. The uplifting new musical is the next benchmark in her remarkable life. Learn More 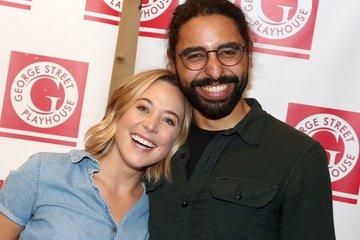 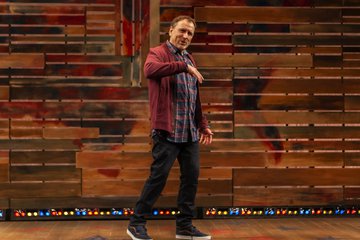