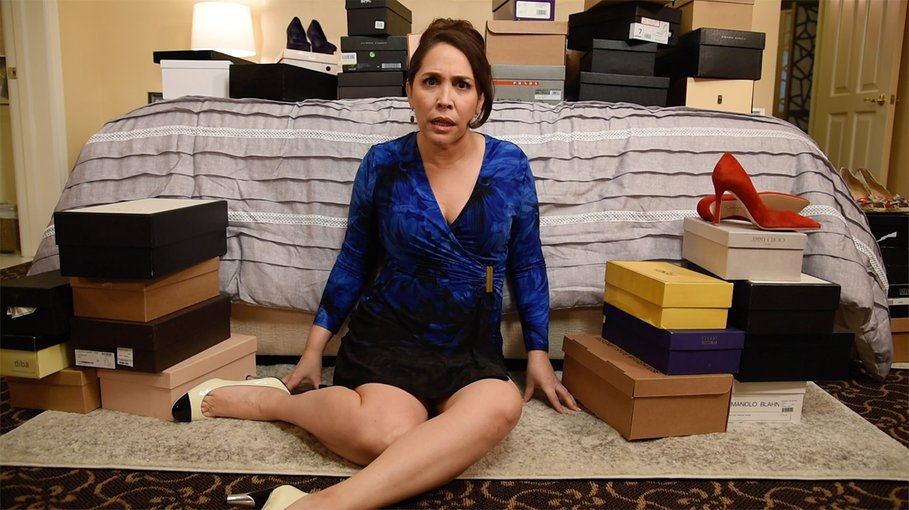 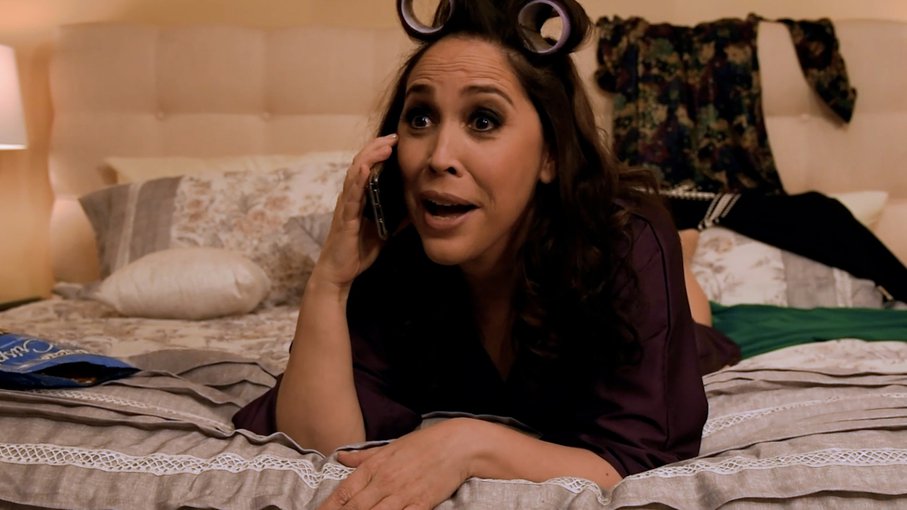 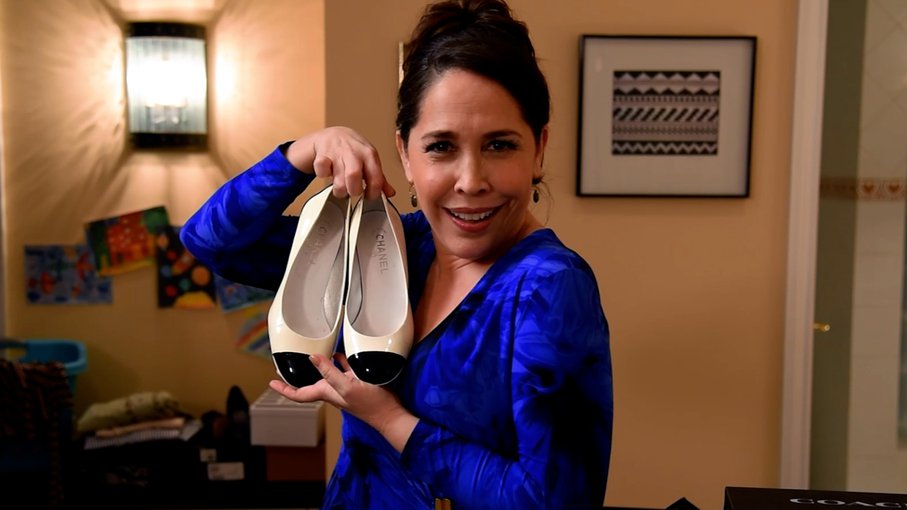 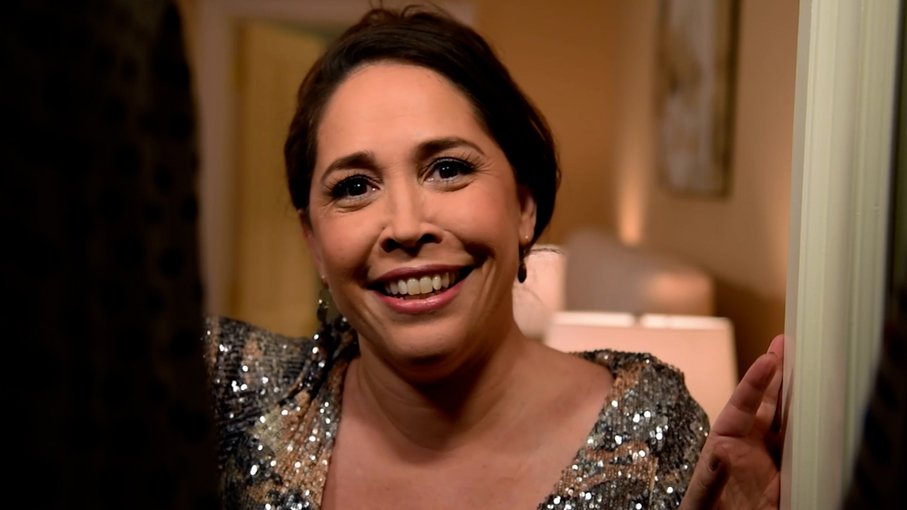 See all four shows in our virtual 2021 season!

Theresa Rebeck (Playwright) is a widely produced playwright throughout the United States and abroad. New York productions of her work include Dead Accounts at the Music Box Theatre; Seminar at the Golden Theatre; Mauritius at the Biltmore Theatre in a Manhattan Theater Club Production; The Scene, The Water’s Edge, Loose Knit, The Family of Mann, and Spike Heels at Second Stage; Bad Dates, The Butterfly Collection, and Our House at Playwrights Horizons; The Understudy at the Laura Pels Theater in a Roundabout Theatre Company production; and View of the Dome at New York Theatre Workshop. Omnium Gatherum (co-written, finalist for the Pulitzer Prize in 2003) was featured at the Humana Festival, and had a commercial run at the Variety Arts Theatre. Her newest work, Poor Behavior premiered at the Mark Taper Forum in Los Angeles in 2011. Ms. Rebeck’s other publications are Free Fire Zone, a book of comedic essays about writing and show business. She has written for American Theatre Magazine and has had excerpts of her plays published in the Harvard Review. Ms. Rebeck’s novels, Three Girls and Their Brother and Twelve Rooms With A View were published by Random House/Shaye Areheart Books respectively in April 2008 and May 2010. Both novels are available online and at booksellers everywhere. Her third novel, I’m Glad About You, will be published by Putnam in February 2016. In television, Ms. Rebeck has written for Dream On, Brooklyn Bridge, L.A. Law, American Dreamer, Maximum Bob, First Wave, Third Watch, and she created the NBC drama Smash. She has been a writer/producer for Canterbury’s Law, Smith, Law and Order: Criminal Intent and NYPD Blue. Her produced feature films include Harriet the Spy, Gossip, and the independent features Sunday on the Rocks and Seducing Charlie Barker, an adaptation of her play, The Scene. Awards include the Mystery Writer’s of America’s Edgar Award, the Writer’s Guild of America award for Episodic Drama, the Hispanic Images Imagen Award, and the Peabody, all for her work on NYPD Blue. She has won the National Theatre Conference Award (for The Family of Mann), and was awarded the William Inge New Voices Playwriting Award in 2003 for The Bells. Mauritius was originally produced at Boston’s Huntington Theatre, where it received the 2007 IRNE Award for Best New Play as well as the Eliot Norton Award. Other awards include the PEN/Laura Pels Foundation Award, the Athena Film Festival Award, an Alex Award, a Lilly Award and in 2011 she was named one of the 150 Fearless Women in the World by Newsweek. Ms. Rebeck is originally from Cincinnati and holds an MFA in Playwrighting and a PhD in Victorian Melodrama, both from Brandeis University. She is a proud board member of the Dramatists Guild, a Contributing Editor to the Harvard Review, an Associate Artist of the Roundabout Theatre Company and has taught at Brandeis University and Columbia University. She lives in Brooklyn with her husband and two children.

Peter Flynn (Director) is delighted to be returning to the George Street Playhouse where he directed the premiere of Curvy Widow by Bobby Goldman & Drew Brody. He was most recently the Founding Artistic Director of Plays In The House, raising money for the Actors’ Fund during the pandemic. New York credits include the off-Broadway premiere of Smart Blonde by Willy Holtzman starring Andréa Burns; Curvy Widow at the Westside Theatre; Chess with Josh Groban & Julia Murney; Funny Girl with Whoopi Goldberg, Jane Krakowski, & Sutton Foster; Our Town with B.D. Wong, and S. Epatha Merkerson; On the 20th Century with Douglas Sills & Marin Mazzie; Skippyjon Jones, and Junie B. Jones (two Lucille Lortel Award nominations); & Rhapsody in Seth starring Seth Rudetsky. Other credits include Sweeney Todd for Connecticut Repertory; Ragtime for Ford’s Theatre (Helen Hayes Award nominee); Born Yesterday for the Maltz-Jupiter Theatre;  Andrea Martin’s one woman show, Andrea Martin: Final Days Everything Must Go; Katori Hall’s The Mountaintop; Gypsy for the St. Louis MUNY; 1776 & Into the Woods for Ford’s Theatre; & Man of La Mancha for the Maltz-Jupiter Theatre (Carbonell Award, Best Direction). Peter is an Associate Professor of Musical Theatre at Montclair State University; and a graduate of Northwestern University. 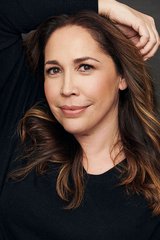 Andréa Burns (Haley) received an Outer Critics Circle Award Nomination for her performance in “On Your Feet! The Story of Gloria Estefan.” She is a Drama Desk Award winner for Daniela, the saucy hairdresser role she created in Lin-Manuel Miranda’s Tony Award-winning musical, In The Heights. A versatile actress, Ms. Burns garnered rave reviews for her portrayal of Hollywood comedienne Judy Holliday, in the acclaimed Off-Broadway play, Smart Blonde.  Broadway credits: The Rose Tattoo, On Your Feet!, The Nance, In the Heights, The Ritz, The Full Monty, and Beauty and the Beast. Andréa began her career in the original company of Jason Robert Brown’s Songs For A New World, and was handpicked by Stephen Sondheim to play Celeste in his musical, Saturday Night shortly thereafter. She received a National Broadway Award nomination for her performance as “Lucille Frank” in Parade under the direction of Harold Prince. Andréa can be heard as the voice of Elaine Stritch in Alexandra Jacob’s audiobook, Still Here - The Madcap, Nervy, Singular Life of Elaine Stritch. TV: Blue Bloods, Kevin Can Wait, Jessica Jones, Mindhunter, Mad About You (reboot), Law & Order SVU. Her solo album, A Deeper Shade of Red, is available at www.psclassics.com Ms. Burns creates the new role of “Fausta” in Stephen Spielberg’s film adaptation of West Side Story, due for release in December of 2021. Andréa is honored to join George Street Playhouse in this trailblazing effort to bring theatre to remote audiences everywhere.

A one-woman comedy about a single mom in search of cute shoes, the perfect dress, and a romantic table for two at a great restaurant, Bad Dates is a charming, funny and hopeful tale of dates gone wrong and looking for Mr. Right. The Wall Street Journal said it was "miraculously contrived to turn Ms. Rebeck’s show into a poignant slice of urban life that also happens to be drop-dead funny”

Drama Desk Award Winner Andréa Burns will star as Haley Walker. Burns received an Outer Critics Circle Award nomination for her portrayal of Gloria Fajardo in Broadway’s On Your Feet. She also received a Drama Desk Award for her creation of the role of Daniela, the hairdresser, in In the Heights. She starred opposite Nathan Lane on Broadway in the Lincoln Center production of The Nance, which was then broadcast on PBS Great Performances. Burns will also appear in Steven Spielberg's upcoming film West Side Story.

The production will be helmed by acclaimed director Peter Flynn, husband of Ms. Burns. Flynn’s credits include Curvy Widow at George Street Playhouse and off-Broadway; On the 20th Century with Douglass Sills and Marin Mazzie; and Funny Girl with Bebe Neuwirth, Whoopi Goldberg and Andrea Martin.

This streaming version of Bad Dates is sponsored by The Blanche and Irving Laurie Foundation.

The filming of Bad Dates is sponsored by The Merrill G. and Emita E. Hastings Foundation.