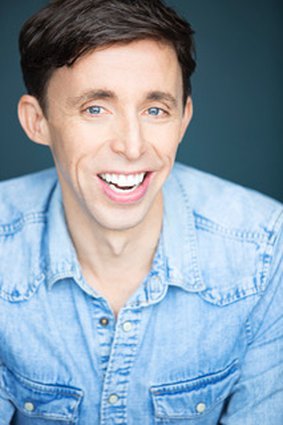 Kevin Cahoon (Director) proudly returns to George Street Playhouse where he directed The Nerd. As an actor, he has appeared on Broadway, off-Broadway, in regional theatre, as well as on television and film. Theatre highlights include roles in the original Broadway companies of The Lion King, The Wedding Singer, the revival of The Rocky Horror Show, and Chitty Chitty Bang Bang, and he made his Broadway debut in The Who’s Tommy. He was a member of the original off-Broadway company of Hedwig and The Angry Inch, The Foreigner at The Roundabout (Lortel Nomination); and at Playwrights Horizons, Second Stage, MTC, The Old Globe, and The Guthrie, among others. TV and film highlights include Bobby Barnes on GLOW, Hugo on A Series of Unfortunate Events,  Rueben on Nurse Jackie, Modern Family, Elementary, and Mars Needs Moms. He has directed developmental productions at NYC’s Ars Nova, for the comedy duo Tastiskank, and four consecutive record breaking galas for New York Theatre Workshop.