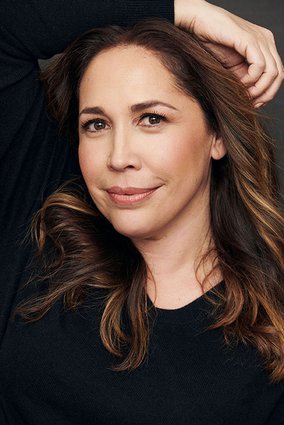 Andréa Burns (Haley) received an Outer Critics Circle Award Nomination for her performance in “On Your Feet! The Story of Gloria Estefan.” She is a Drama Desk Award winner for Daniela, the saucy hairdresser role she created in Lin-Manuel Miranda’s Tony Award-winning musical, In The Heights. A versatile actress, Ms. Burns garnered rave reviews for her portrayal of Hollywood comedienne Judy Holliday, in the acclaimed Off-Broadway play, Smart Blonde.  Broadway credits: The Rose Tattoo, On Your Feet!, The Nance, In the Heights, The Ritz, The Full Monty, and Beauty and the Beast. Andréa began her career in the original company of Jason Robert Brown’s Songs For A New World, and was handpicked by Stephen Sondheim to play Celeste in his musical, Saturday Night shortly thereafter. She received a National Broadway Award nomination for her performance as “Lucille Frank” in Parade under the direction of Harold Prince. Andréa can be heard as the voice of Elaine Stritch in Alexandra Jacob’s audiobook, Still Here - The Madcap, Nervy, Singular Life of Elaine Stritch. TV: Blue Bloods, Kevin Can Wait, Jessica Jones, Mindhunter, Mad About You (reboot), Law & Order SVU. Her solo album, A Deeper Shade of Red, is available at www.psclassics.com Ms. Burns creates the new role of “Fausta” in Stephen Spielberg’s film adaptation of West Side Story, due for release in December of 2021. Andréa is honored to join George Street Playhouse in this trailblazing effort to bring theatre to remote audiences everywhere.