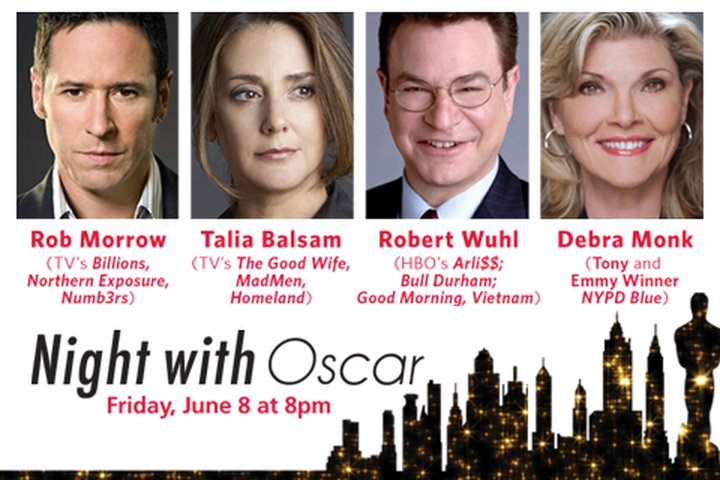 Eugene Pack is the creator of the off-Broadway hit comedy sensation Celebrity Autobiography: In Their Own Words, which won the Drama Desk Award in the category of "Unique Theatrical Experience." He is also an Emmy Award-nominated writer and TV producer.

Pack, along with this star-studded cast from some of television's most popular and groundbreaking shows, will present a staged reading of his hilarious new comedy, which peeks in on a Long Island family’s unraveling on Oscar night.

Tickets are on sale now and start at $58,  A limited number of seats are available starting at $99 that include a post-play reception and meet-and-greet with the celebrity cast. For tickets and more information, call the George Street Playhouse box office at 732-246-7717 or visit www.GeorgeStreetPlayhouse.org.

Talia Balsam's television credits include: The Good Wife, The Newsroom, Divorce, Mad Men, Homeland, Elementary. She has appeared in the films Little Men, The Girl in the Book, and Don't Worry Baby.

Debra Monk has appeared in 11 Broadway show and has been nominated four times for the Tony Award, winning for Featured Actress in a Play for Redwood Curtain. She is co-author of the classic Tony-nominated musical Pump Boys and Dinettes, and has been featured in the television series Grey's Anatomy, Damages, Glee, and NYPD Blue, earning an Emmy Award for her portrayal of Katie Sipowicz. Monk's film credits include One for the Money, The Other Woman, and The Bridges of Madison County.

Rob Morrow is a two-time Emmy Award nominee and three-time Golden Globe nominee for his role of Joel Fleischman in Northern Exposure. He currently appears in Showtime's hit series Billions. Other film and TV credits include Quiz Show, Numb3rs, American Crime Story and The Fosters.

Peter Falls has appeared on TV in The Mysteries of Laura, Unforgettable, Pitch and Ten Days in the Valley. He also does voiceover work, including in The Hunger Games: Catching Fire and The Hunger Games: Mockingjay - Part 1.

George Merrick also returns to GSP after appearing in the updated version of I Love You, You’re Perfect, Now Change in late 2017. He was seen on Broadway in Honeymoon in Vegas, South Pacific, and High Fidelity, and in the acclaimed off-Broadway transfer of Clever Little Lies with Marlo Thomas. On TV, George has appeared on Blue Bloods, The Blacklist, and Rise. His film credits include The Intern with Robert DeNiro and So Good to See You (2016 Sundance selection).

Dayle Reyfel is a Drama Desk Award winner for her work on the critically acclaimed off-Broadway sensation, Celebrity Autobiography: In Their Own Words, which she developed along with Eugene Pack. Ms Reyfel is one of the original stars of the show and has performed in, directed and launched the touring companies in New York, Los Angeles, Edinburgh, London's West End and in Australia, at The Sydney Opera House. She has also performed at San Francisco's Sketchfest, the HBO Workspace, Long Wharf, Old Globe, London's Leicester Square Theatre, and the Edinburgh Comedy Festival. Dayle is an artistic director and performer of EP New Works Production Company and has performed in numerous plays presented at Guild Hall, Naked Angels, NY Stage and Film and Cherry Lane Theater in productions opposite Matthew Broderick, Edie Falco, Stockard Channing, Bobby Cannavale and many more. Her television credits also include executive producing the critically acclaimed Bravo special Celebrity Autobiography, in which she also appeared, and E! Entertainment's In Their Own Words, in addition to her work on Bravo's A list Awards and the G4 Network. She is also an award-winning playwright for her plays Slip/Knot and Mayhap.

Eugene Pack (Playwright) is the creator of the off-Broadway hit comedy sensation Celebrity Autobiography: In Their Own Words, which won the Drama Desk Award in the category of "Unique Theatrical Experience." Pack is also an Emmy Award-nominated writer and TV producer. He was nominated for Outstanding Writing for Variety, Comedy or Music for the special America: A Tribute to Heroes, which won the Emmy for Outstanding Special. Pack is the creator and executive producer of the CMT series Dallas Cowboys Cheerleaders: Making the Team, Back to the Grind (TV Land), Celebrity Autobiography (Bravo) and the series What I Hate About Me for the Style Network. As a playwright, he has written (and performed) the critically acclaimed one man shows The Senior and SomethingFlexible With Meaning and the play Elinor Adjusting. His play Stan The Man, developed at Theatre West, was optioned for the screen. His most recent work Columbus and Amsterdam was workshopped with the Naked Angels at Vassar College’s NY Stage and Film Company. He is a graduate of New York University where he studied with David Mamet and the Practical Aesthetics Workshop and Playwrights Horizons.

Located right off Route 1 amidst a vast bucolic setting on the Cook Campus of Rutgers University, George Street Playhouse’s College Farm Road venue features expansive lobby spaces, an outdoor patio and free nearby parking. The entrance into the building and to all areas of the theatre are barrier-free. For directions to George Street Playhouse, visit the Playhouse website (GeorgeStreetPlayhouse.org) and click Directions at the top of the homepage.

For more information about the Night with Oscar special event, call the box office at 732-246-7717 or visit www.GeorgeStreetPlayhouse.org. 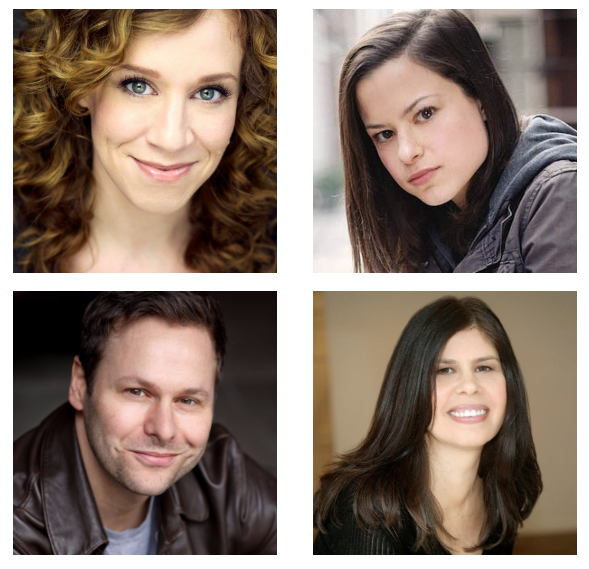