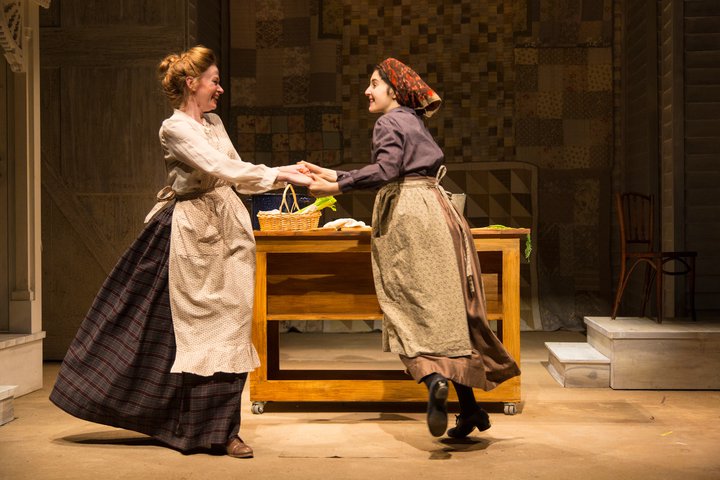 Playwright Mark Harelik's grandfather emigrated from his native Russia in 1909.

Harelik's "The Immigrant," which centers on the patriarch's efforts to not only adapt but to soar in his new homeland, debuted in 1985. Yet the heartfelt family drama, at George Street Playhouse through April 7, is as relevant today as it was more than 30 years ago, director Jim Jack said.

"A big part of this story is how you find a home, how you build a home," said Jack, who is also George Street's director of outreach and education. "The story has an exceptional amount of universality in terms of how many of us had an ancestor who traveled from Europe or elsewhere to live here. The freedoms and privileges we have now came through the sacrifices of others."

Haskell Harelik was fleeing anti-Jewish pograms when he arrived at the Port of Galveston in the first decade of the 20th century. He settled in the small central Texas town of Hamilton -- today, the population is 3,000, about three times what it was when Harelik arrived there-- where there were no other Jews or places where he could celebrate this faith.

Read the full story on NJ.com