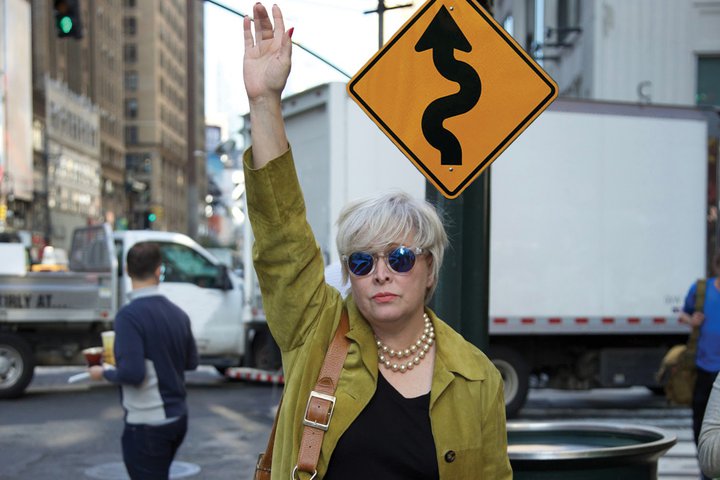 Bobby Goldman and Drew Brody have mined comic platinum in their new musical “Curvy Widow.” Goldman’s book and Brody’s music and lyrics turn a tragedy into genius commentary on life in that way that diamonds come from the worst events of our lives.

‘Curvy Widow’ Brings Bright and Funny Moments to the Stage

New musicals can be hard to launch. But there is a certain sound and sense of story that the good ones have. Curvy Widow is one of those good ones. It is only playing at the George Street Playhouse through May 21, 2017, so don’t lose time; go see it!

Curvy Widow, A Sexy Musical Gem with a New Point of View

There has never been a musical quite like Curvy Widow. Bobby Goldman’s autobiographical tale of a 50-something woman grieving the sudden loss of her longtime husband in the internet age is the most fearless and entertaining original musical about the resurrection of the human spirit in some time.

How does an uptown Manhattanite in 2017 cope with the death of a spouse? How and when does one move forward in a respectful manner? Curvy Widow succeeds in answering these difficult questions in colorful, memorable, and often hilarious ways.

Many self-help books have been written on the sensitive topic of surviving the loss of a spouse. Few, if any, have been written from the bemused perspective of the person who must pick up and move on with their new situation. Curvy Widow, the final production of the George Street Playhouse’s last season in its old home, is just that: a humorous musical taken from the true-life experiences of playwright Barbara Bobby Goldman.

Nowadays, plays about twenty- and thirty-somethings looking for love and commitment are a dime a dozen, so George Street Playhouse’s announcement of a new musical about a middle-aged widow embracing a new life sounded interesting. While not the “hilarious high-voltage romp” touted on the banner outside the theater, Curvy Widow tackles this rarely dealt with phenomenon in a mildly diverting albeit poignant production that manages to be both entertaining and enlightening.

BWW Review: THE CURVY WIDOW at GSP is a Heartfelt Musical with Humor and Pizzazz

George Street Playhouse (GSP) has a marvelous finale to their successful 2016-2017 season. The new musical comedy, Curvy Widow is on the New Brunswick stage through May 21st. Directed by Peter Flynn and choreographed by Marcos Santana, the book is by Bobby Goldman with music and lyrics by Drew Brody. See it! There are so many reasons why you will enjoy this show. It tells a heartfelt story with all the pizzazz that you love in a musical...

I probably had laughed out loud at least one other time in the past five-and-a-half decades, but there’s no doubt that I laughed often at Bobby Goldman’s hilarious musical.

The autobiographical work, which runs through May 21, is the last show to be performed in the playhouse, a former YMCA, before it is razed and replaced by a new two-stage facility in a high-rise due for completion in 2019.

In the interim, George Street Playhouse productions will continue in a facility on the campus of nearby Cook College.

With the redoubtable Nancy Opel in the title role and a top-notch ensemble surrounding her, this naughty show is worthy punctuation to the theater’s distinguished history.

The death of a spouse is a rather odd choice of subject matter for a musical comedy, but Curvy Widow pulls off the trick in fine style.  Led by Nancy Opel, the final play to be staged at the current George Street Playhouse building is the perfect choice to close this chapter of the theatre’s history and begin looking forward to the next...

For its final show in its longtime home on Livingston Avenue in New Brunswick, George Street Playhouse is promising the kind of show its audience just loves.

“Curvy Widow” is a musical by Bobby Goldman, inspired by her experiences after her husband, the writer James Goldman, died. Bobby found herself in a spot she never expected to be in, and that experience allowed her to tell the kid of story that isn't often told...

What does a single woman “of a certain age” need most?

Not so fast! The answer may not be the obvious—at least, that’s the premise of Curvy Widow, Bobby Goldman’s autobiographical musical play, at George Street Playhouse in New Brunswick from May 2 through May 21. Highly-regarded singing actress Nancy Opel appears in the title role... 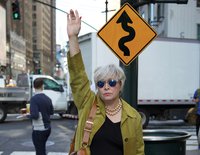 Nancy Opel returns to GSP after her hilarious, show-stealing performance as Ma/The Mayor in The Toxic Avenger to star in this sassy, frank and witty musical comedy that follows the daily exploits of a feisty fifty-something widow. Her adventures inspire laughter and -- in the least expected places -- reveal unexpected truths about life, love, survival and sex.