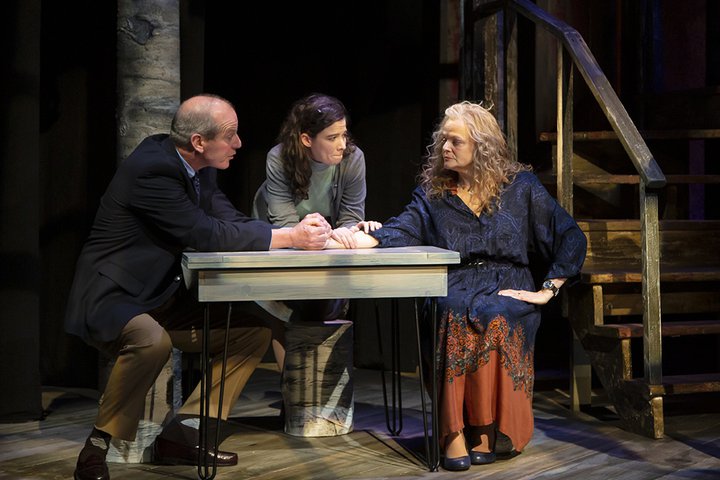 In the novel Midwives by Chris Bohjalian, the character of Sibyl faces a devastating incident in the middle of a snowstorm while she’s helping another woman give birth. What was supposed to be a routine at-home pregnancy turns into a high-stakes situation that finds the midwife making a difficult decision to save the baby’s life.

This gripping events of this night, and the resulting repercussions, made Midwives a bestseller for the author, and now he has adapted the narrative into a new play, premiering at the George Street Playhouse in New Brunswick, New Jersey. The stage adaptation, directed by David Saint, runs at the revamped theatrical venue in Central Jersey through Feb. 16, according an official press release.

Amongst the cast members is John Bolger, a veteran of the George Street Playhouse, having previously appeared in The Trial of Donna Caine, American Hero and Good People, among other productions. The actor has been with this production since the early days.

“We did a reading, and the author and a whole bunch of actors and production people came,” Bolger said in a recent phone interview. “We worked on it for five or six hours, and then we did a reading that evening. It was very compelling, and since that time, I know the [author and director have] been working steadily on it.”