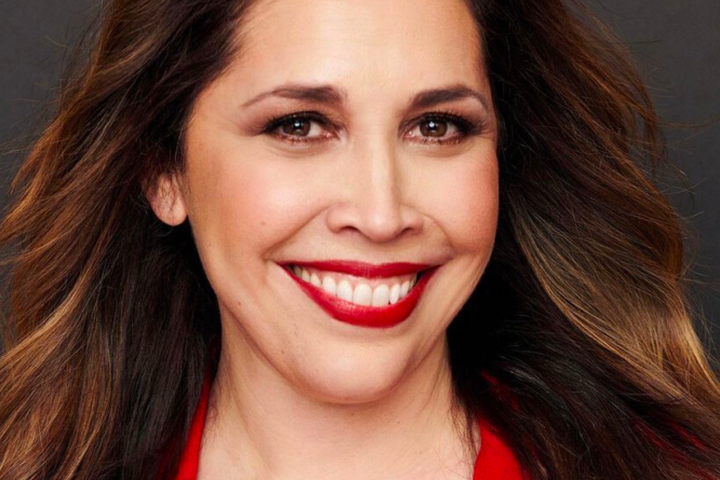 The George Street Playhouse in New Brunswick, New Jersey, much like other theaters in the United States, has shut its doors to paying customers due to the COVID-19 pandemic, but that hasn’t stopped the creativity. The playhouse has taken their act online for virtual productions, and their latest one is Theresa Rebeck’s Bad Dates starring Andréa Burns.

The streaming production is available until March 14. In the show, Burns plays a single mother of a teenage daughter who is searching for “cute shoes, the perfect dress and a romantic table for two,” according to press notes. The play features direction by Peter Flynn, Burns’ husband.

Burns is well known to theater audiences. She received a Drama Desk Award for Broadway’s In the Heights, and she also originated the role of Gloria Fajardo in On Your Feet. Other credits: The Nance on Broadway with Nathan Lane and the upcoming West Side Story directed by Steven Spielberg.

Recently Hollywood Soapbox exchanged emails with Burns about her new role and what it is like to act in a virtual production. Questions and answers have been slightly edited for style.

What attracted you to taking on this role in Bad Dates?

I was really drawn to the character of Haley, who is equal parts grit, humor and hope. I have a fondness for New Yorkers who are originally from Texas and was curious to explore that winning combination. Also, I personally think women over 40 have the best stories to tell, and Haley’s are priceless!

What do you like about the words of Theresa Rebeck?

I love the authenticity and dimensions of Theresa’s characters. Theresa created Haley as a fully fleshed woman, flaws and all. Haley is all at once idealistic and practical, indignant and self-deprecating. What I love about her most is that, when she makes mistakes (and she does often!), she finds her resilience by owning up to them with humor and moving forward with hope.

What do you think the show says about dating and society in 2021?

It’s a tricky business. We are all ultimately looking to love and be loved, but we all come with our own pesky egos, perspectives and tough experiences that can get in the way of finding that. Maybe that’s why falling in love always feels like a miracle.

Buy a ticket to stream