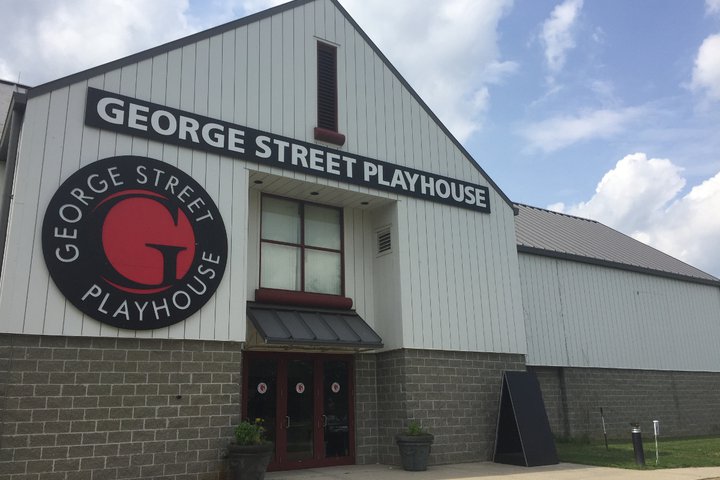 Work continues at George Street Playhouse’s interim venue at 103 College Farm Road in New Brunswick, N.J., as the theatre prepares to open its 2017-18 mainstage season with an updated version of the off-Broadway hit musical, I Love You, You’re Perfect, Now Change, in October.

With its longtime home in downtown New Brunswick being demolished to make way for a new performing arts center that will serve as George Street Playhouse’s future home, the Playhouse has taken residence in the former New Jersey Museum of Agriculture on Rutgers University’s Cook Campus through its 2018-19 season. George Street Playhouse is expected to return downtown in time for its 2019-20 season.

George Street Playhouse staff moved into the former museum in late May. In recent weeks, signs have been installed on the outside of the building identifying it as the home of George Street Playhouse. This week, work commenced to convert a former exhibit area into an intimate, mainstage theatre space with seating for approximately 190 patrons.

“Exciting things are happening at George Street Playhouse and there has never been a better time to become a season subscriber,” said Playhouse Artistic Director David Saint. “Not only will you receive priority seats for this year and next, but also at the New Brunswick Performing Arts Center for our 2019-2020 season.”

Located right off Route 1 amidst a vast bucolic setting on the Cook Campus of Rutgers University, George Street Playhouse features expansive lobby spaces, an outdoor patio and free on-site parking. The entrance into the building and to all areas of the theatre are barrier-free. For directions to George Street Playhouse, visit the Playhouse website (gsponline.org) and click Directions on the homepage.

Groups will continue to be welcomed to the theatre. For an even more memorable event, George Street Playhouse can help plan your party, fundraiser or corporate event.

Flex Passes (4-, 5-, and 6-admission passes available) are a great way to see the plays you want to see, when you want to see them—and save money! Flex Passes may be redeemed at any time, for any George Street Playhouse mainstage production.Admissions are only $47 each—a savings of up to $32 per ticket depending on the performance you choose. Seating is based on availability at the time of redemption.

Individual tickets are expected to go on sale in August.

The 2017-18 season begins with an updated version of the record-breaking, off-Broadway show I Love You, You’re Perfect, Now Change with book and lyrics by Playhouse favorite Joe DiPietro, and music by Jimmy Roberts. This fresh, new, contemporary version of this musical premieres exclusively for George Street Playhouse patrons. The world of dating has evolved, and this newly revisited musical will tackle modern love in all its forms. From the first date, to marriage, children, and the twilight years, I Love You, You’re Perfect, Now Change, follows the arc of relationships in insightful and hilarious ways. Performances run October 10 - November 12, 2017.

Next, the hit Broadway comedy An Act of God takes the stage at College Farm Road. Following His recent sold-out Broadway run, God arrives in New Brunswick!  Called “deliriously funny” by The New York Times, God takes human form in An Act of God and doesn’t hold back about what He’s seen and heard.  In this hilarious comedy by Emmy Award-winner David Javerbaum (The Daily Show with Jon Stewart), God, along with his two archangels, answer many of the deepest (and not so deep) questions that have plagued mankind since Creation. Performances run November 28 - December 23, 2017.

Following last season’s triumphant run of his play American Son at George Street Playhouse, playwright Christopher Demos-Brown returns with American Hero. An Iraq war hero’s perfect life starts to unravel when a fellow Marine seeking justice shows up threatening to expose a hidden past. This probing drama shines a light on how America honors its veteran soldiers as well as the corrupting effect of awards and commendations, and questions what it truly means to be a hero.  American Hero joins American Son and a yet-to-be titled new work to create a trilogy of plays that explore American injustice. American Hero is the recipient of the Steinberg Award Citation from the American Theatre Critics Association. Performances run January 30 - February 25, 2018.

Next is the comic and touching Trying by Joanna McClelland Glass. Internationally known Frances Biddle, Chief Judge of the Nuremberg trials, fierce opponent of the Japanese internment camps during World War II, and Attorney General under President Franklin D. Roosevelt, is 81 years old, elegant, sharply cantankerous, and trying to put his life in order. In true Pygmalion fashion, when a young, new secretary is hired, the two struggle to communicate but come to understand how two strangers at very different places in their lives can unexpectedly and forever influence each other. Trying, which runs March 13 - April 8, 2018, is based on Glass’ real-life experience as Biddle's secretary.

Closing the 2017-18 season is a rollicking farce from the author of the award-winning comedy The Foreigner. Larry Shue’s The Nerd begins on Willum’s birthday, and his party gets a jolt of hilarious excitement when Rick Steadman, a fellow ex-soldier who saved Willum's life, stops by for a visit. Realizing that Rick is socially inept and will overstay his welcome with a vengeance, Willum must put together an outrageous plan to rid himself of this wacky GI who came to dinner. Performances run April 24 - May 20, 2018. 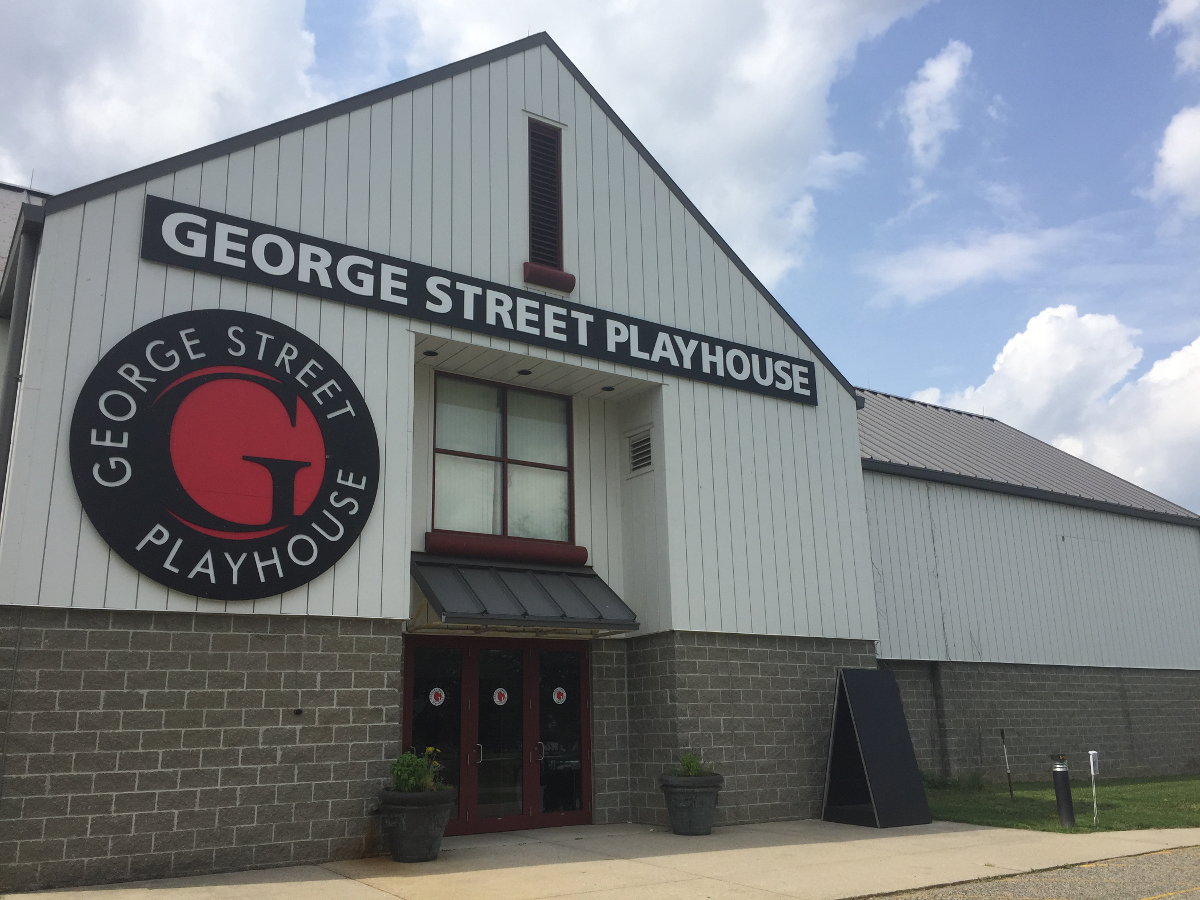 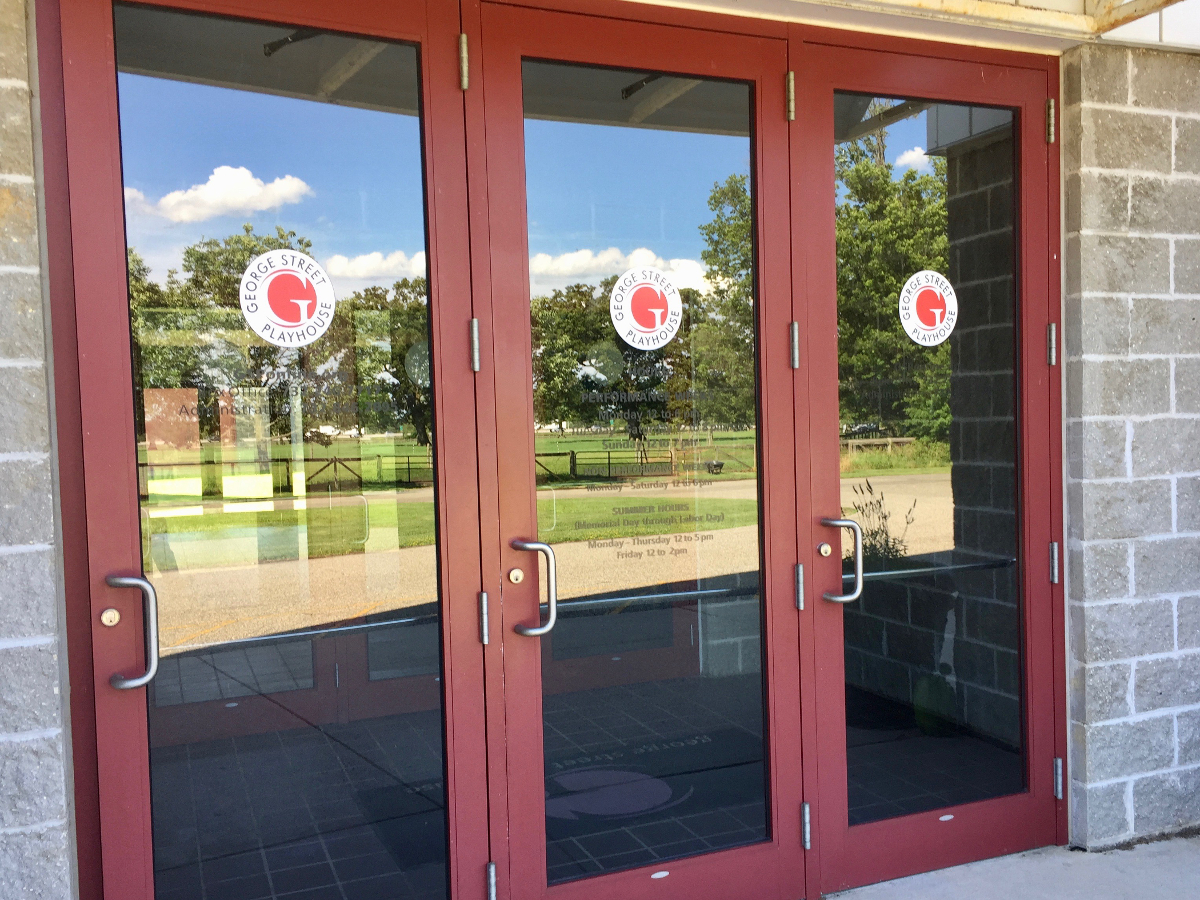 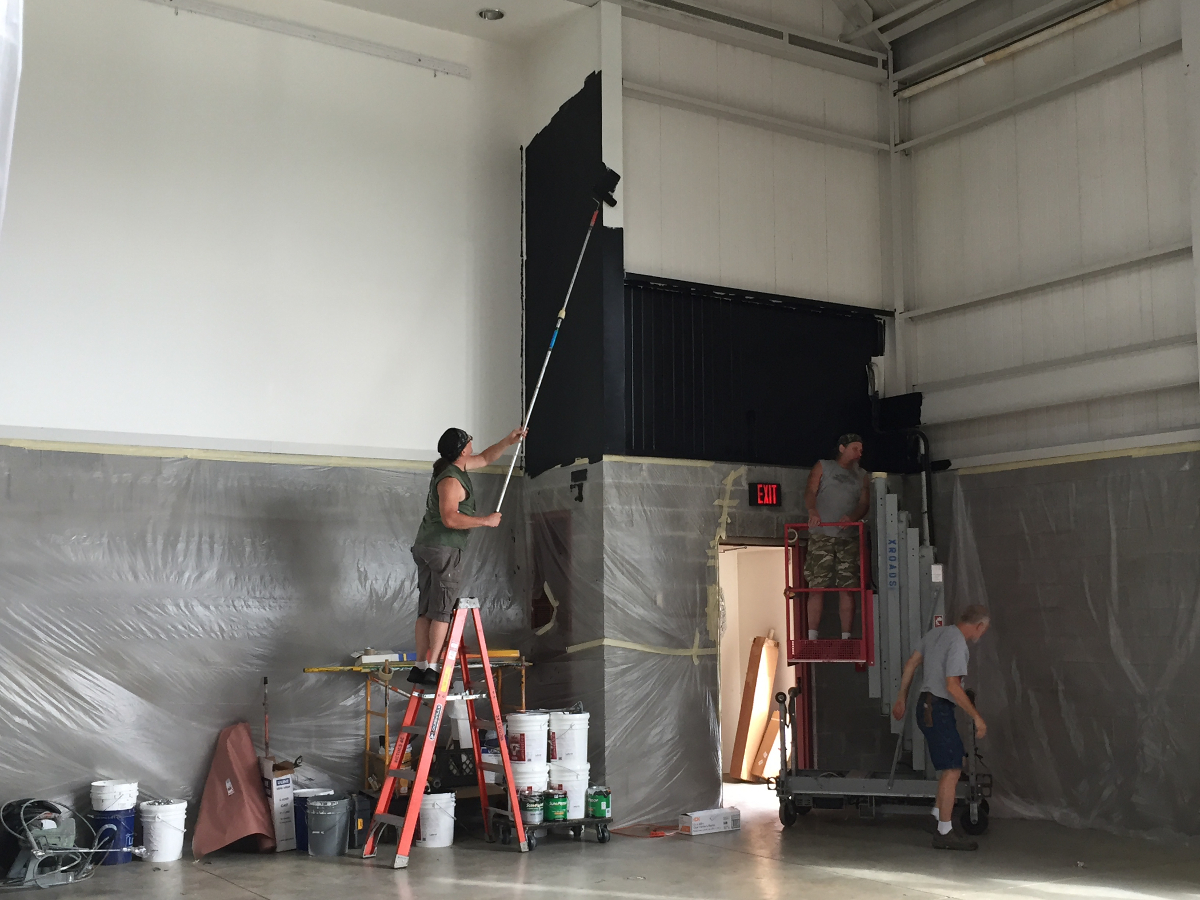 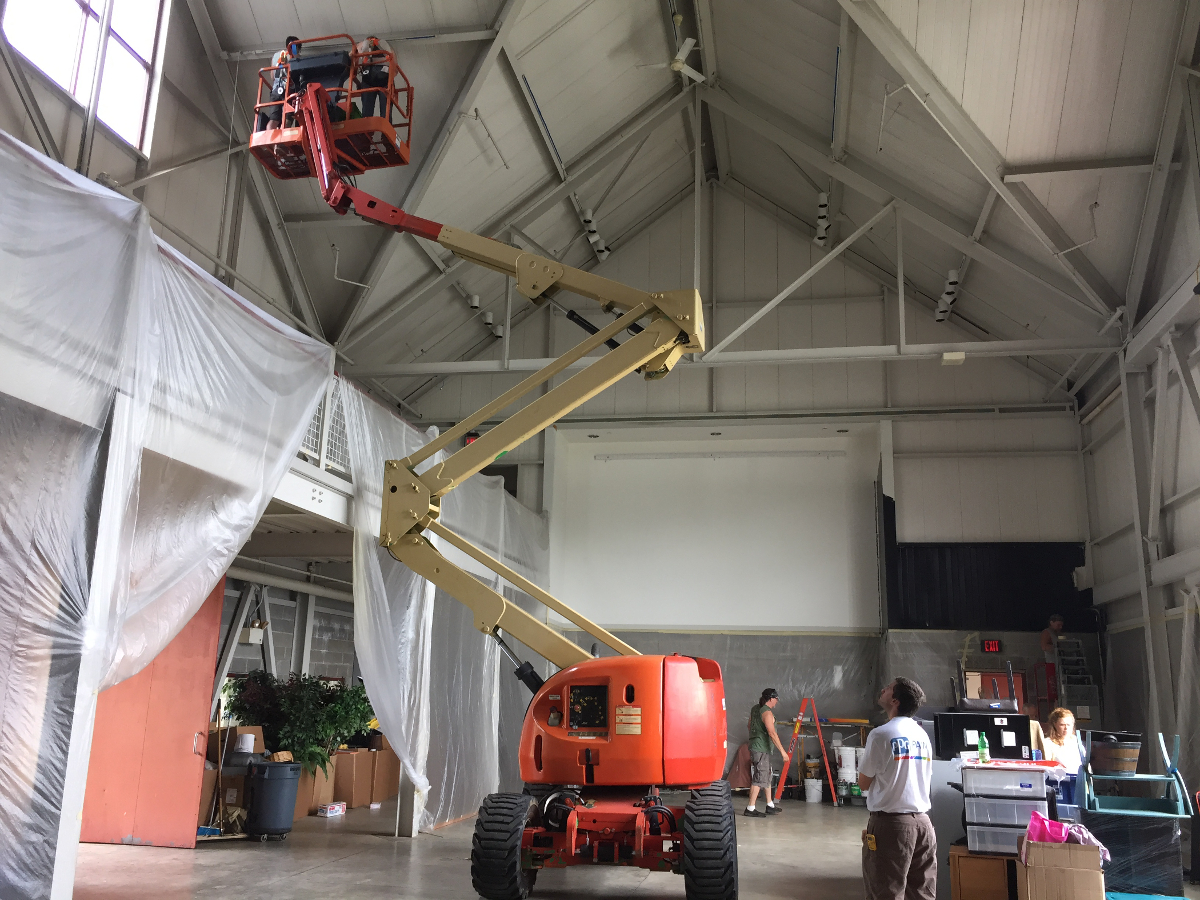 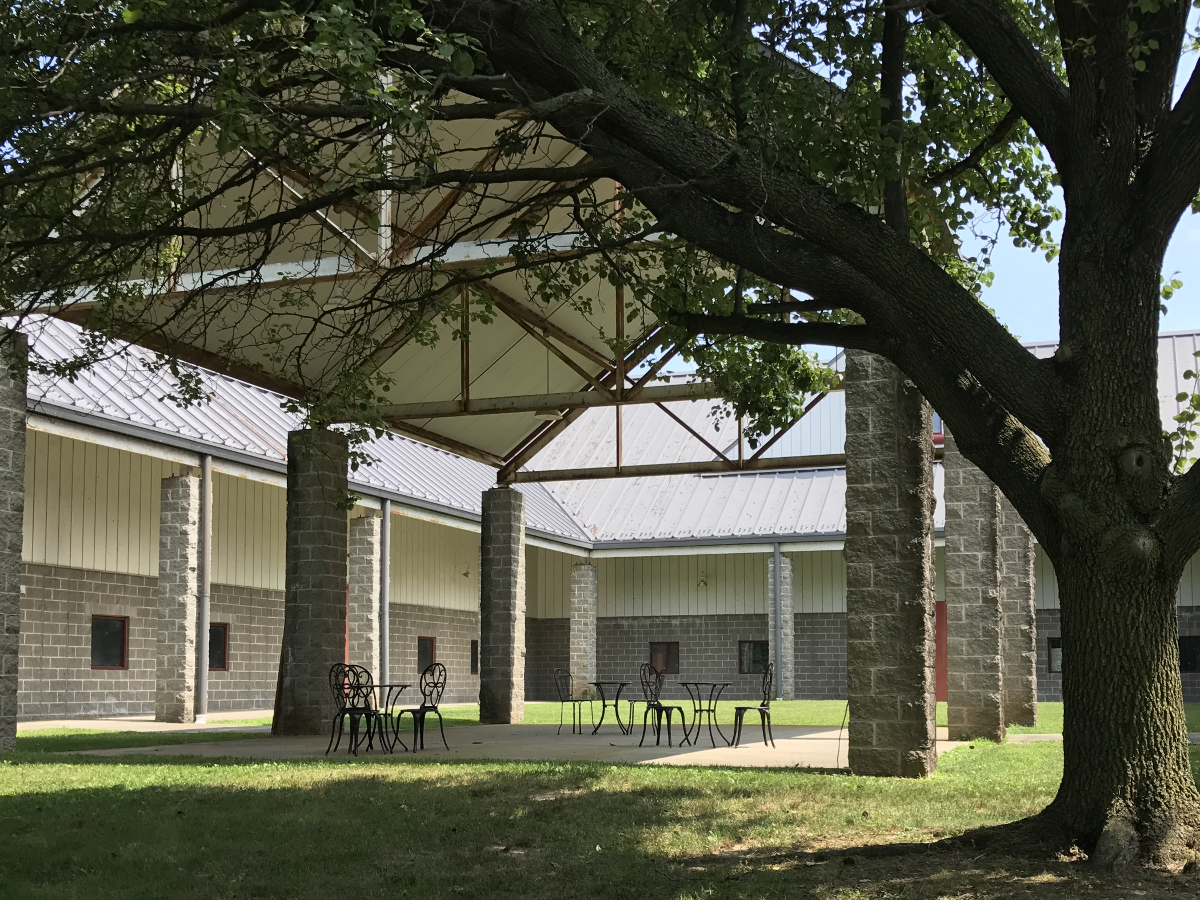 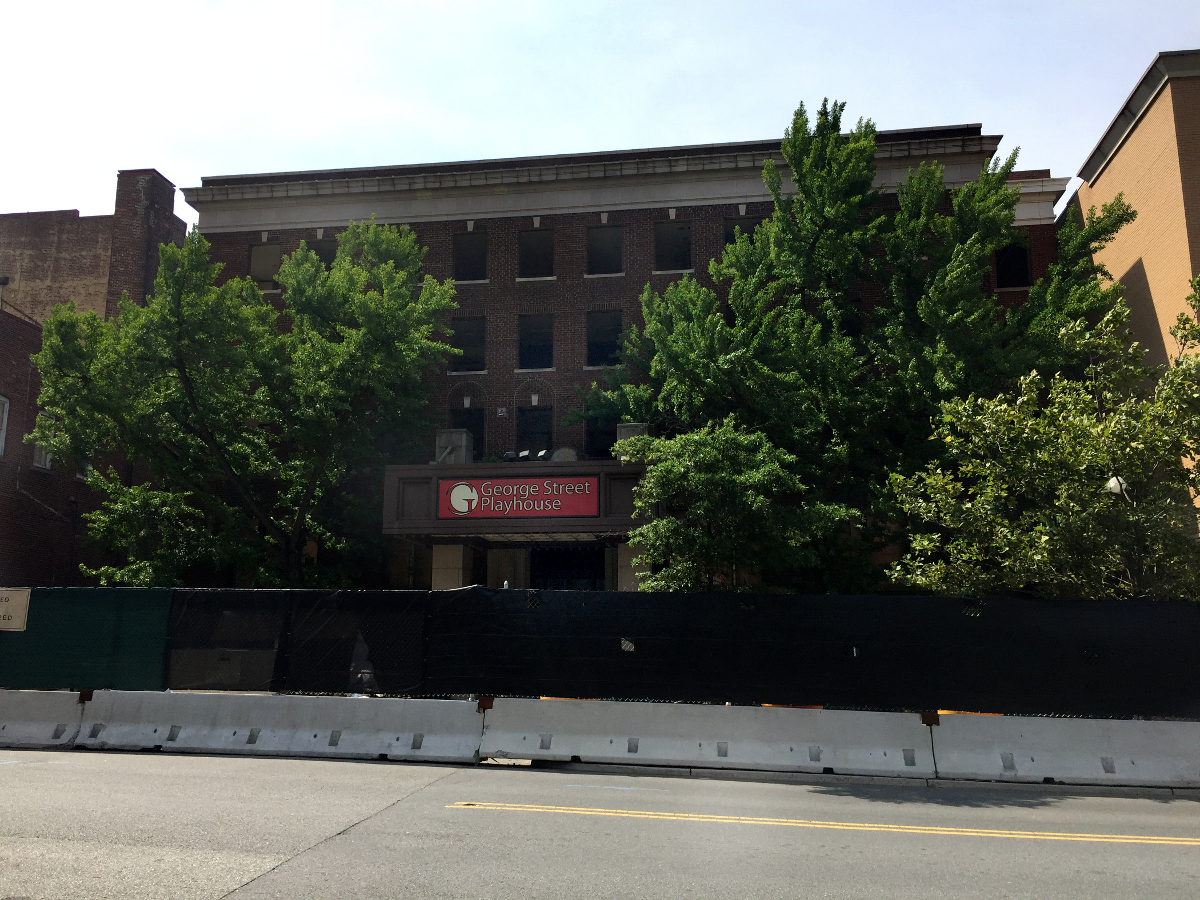 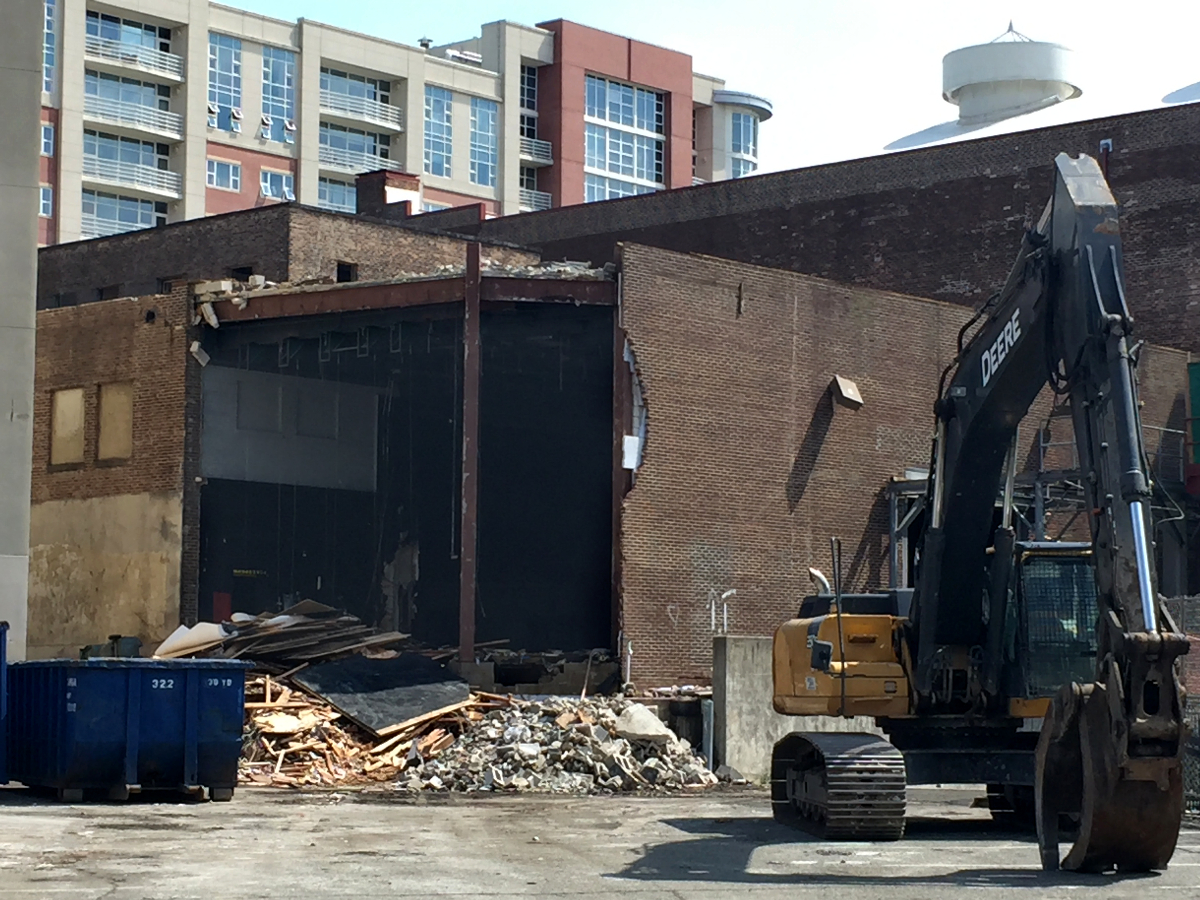 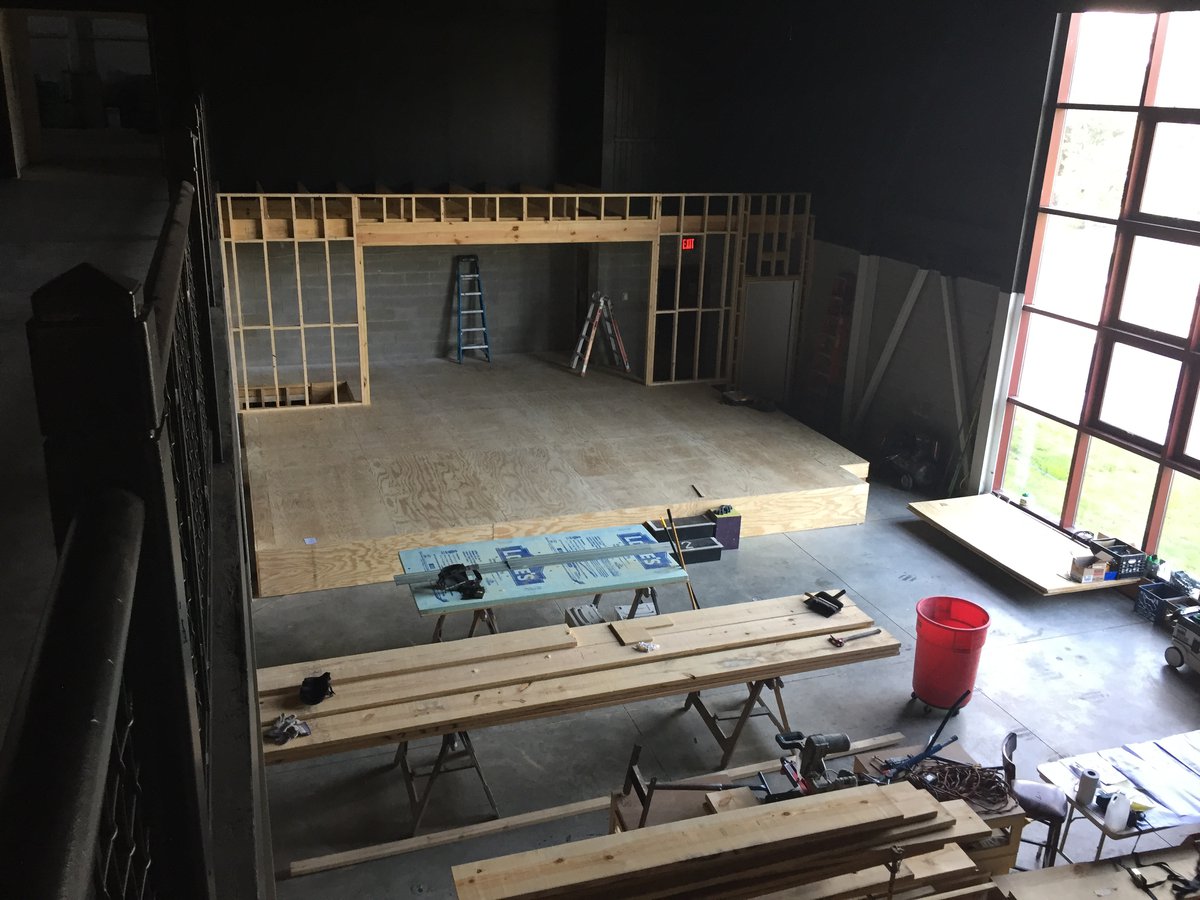 Construction of the stage continues at College Farm Road.