GSP to honor Board President Penelope Lattimer at Annual Gala 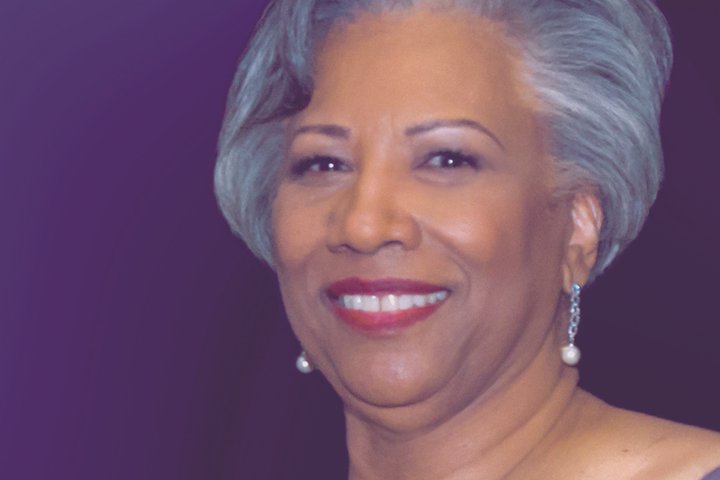 Dr. Penelope Lattimer, a longtime member of George Street Playhouse’s Board of Trustees and current Board President, will receive the Thomas H. Kean Arts Advocacy Award at this year's GSP Annual Gala Benefit, Sunday, May 6, 2018.

George Street Playhouse has announced that its Annual Gala Benefit — a one-of-a-kind evening featuring stars of Broadway, film and television – will take place Sunday, May 6, 2018, 5 p.m., at The Heldrich Hotel in New Brunswick. This year, George Street Playhouse celebrates the Arthur Laurents Centennial — a tribute to the playwright on what would have been his 100th birthday — and honors Dr. Penelope Lattimer, the Playhouse’s current Board President, with the Thomas H. Kean Arts Advocacy Award.

“Dr. Lattimer's stalwart leadership and dedication have had a profound impact on George Street Playhouse and its contribution to American theater,” said GSP Board Chairman James N. Heston. “Her life-long support of the arts and her passion to integrate them into the classroom have made her a leader and pioneer of the arts in New Brunswick and throughout the state of New Jersey.”

Dr. Lattimer recently retired as the Director of the Rutgers Institute to Improve Student Achievement (RIISA). She is a former Assistant New Jersey State Commissioner of Education and has served as an Assistant Superintendent for Curriculum & Instruction in a large urban district, a high school principal, and teacher. Dr. Lattimer was involved in the development of RIISA’s work, specifically addressing middle level education as well as arts integration. She also worked to build networks and partnerships among districts with similar needs and interests in the central region of New Jersey.

In 2014, Dr. Lattimer received the Ernest L. Boyer Outstanding Educator Award for her extraordinary leadership over the course of her career. The award is presented annually by the New Jersey Association for Supervision and Curriculum Development to an educational leader who has made a major contribution and commitment to the field of education. Dr. Lattimer also served as the chairwoman of the New Jersey State Council on the Arts.

The Thomas H. Kean Arts Advocacy Award pays tribute to an individual, corporation or foundation whose dedication to the arts enhances the cultural life of the citizens of New Jersey.

The black-tie Gala draws corporate, civic and social leaders from throughout the region. Each year, the Gala raises hundreds of thousands of dollars to support George Street Playhouse’s world-class mainstage productions and nationally recognized educational programs. The silent auction is one of the highlights of the Gala, and offers tickets to hard-to-get Broadway shows and top sports venues, luxury vacation trips and getaways, fine-dining experiences and much more.

Patrons attending GSP’s Gala have come to expect stellar performances during the evening’s Cabaret and this year should prove no exception as the event will celebrate renowned playwright — and friend of George Street Playhouse — Arthur Laurents, who would have turned 100 this summer. The evening will feature music from West Side Story, Gypsy, La Cage aux Folles, and other Broadway hits.

The Gala will take place at The Heldrich, located at 10 Livingston Avenue in downtown New Brunswick. The event starts with a cocktail reception and silent auction at 5 p.m. Dinner follows at 6:30 pm with the Cabaret performance commencing at 7:30. Sponsorship opportunities, tables of 10, and individual tickets are available. For more information, visit www.georgestreetplayhouse.org/gala or contact Caitlin Christensen at cchristensen@georgestplayhouse.org or (732) 846-2895, ext. 145.