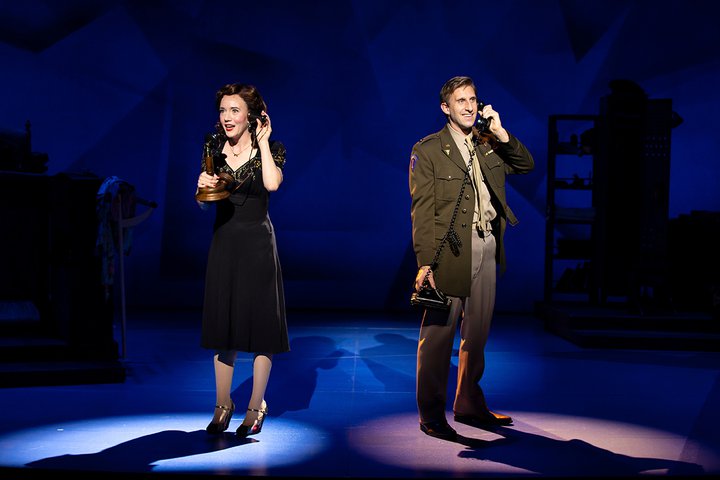 George Street Playhouse has returned to the stage with a touching romantic comedy Ken Ludwig's Dear Jack, Dear Louise by Ken Ludwig. David Saint, Artistic Director of GSP, will direct the performance that runs through November 21 at the Arthur Laurents Theater at the New Brunswick Performing Arts Center.

The cast includes Bill Army from the Broadway smash-hit The Band's Visit, and Amelia Pedlow who performed the role of Louise in the original company of Ken Ludwig's Dear Jack, Dear Louise at Arena Stage.

Saint, Army and Pedlow joined WBGO News Director Doug Doyle to talk about returning to live theater and why the play is so special to all of them.

Set during World War II, this charming love story chronicles a long distance romance between a young soldier and his sweetheart, a young actress on Broadway. Tony award winner Ken Ludwig, who also wrote the comedies Lend Me A Tenor, Crazy For You, and Fox on the Fairway. based Dear Jack, Dear Louise on his own personal valentine to his parents and their war-time courtship, It premiered at Arena Stage in 2019 to great acclaim and audience adoration.

Read & listen to the full story at WBGO