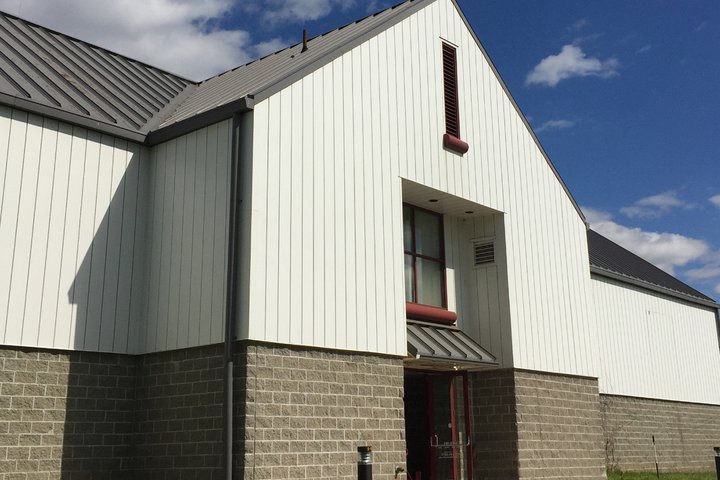 George Street Playhouse announced today it will present its 2017-18 and 2018-19 seasons at 103 College Farm Road, just off of Route 1 in New Brunswick -- 2 miles from its current home on Livingston Avenue.  Formerly known as the Agricultural Museum of New Jersey, and now owned by Rutgers University, the site will serve as the interim location of the Playhouse for two years as its future home -- the recently announced state-of-the-art performing arts center -- is built on Livingston Avenue.

George Street Playhouse plans to be in residence at College Farm Road beginning in June.

“This building is meant to accommodate large numbers of patrons which makes it the perfect choice for our temporary home” said David Saint, artistic director of the renowned theater.  “It is fully accessible, offers an expansive lobby that features spaces for gathering at intermission as well as for private parties, includes free parking, and will accommodate a unique and intimate performance space.”

“We are grateful to Rutgers University for everything they have done to help us secure our interim theatre,” Mr. Saint said.  “They have been tremendous partners and we look forward to being in residence on the Cook campus for the next two seasons.”

At this interim location, George Street Playhouse at College Farm Road will present its five-play seasons featuring the high-caliber plays and musicals that have made the theatre one of the most esteemed in the country.

Season subscribers will receive seats at College Farm Road comparable to their current seats, and will be offered exclusive priority seating options when the Playhouse moves into its new home in the New Brunswick Performing Arts Center in 2019.

“Along with this important announcement, I am also incredibly pleased to announce George Street Playhouse’s 2017-18 Season at College Farm Road,” said David Saint.  “We have put together a fantastic line-up of drama, comedy, and a musical to inaugurate our interim location.”

Next, the hit Broadway comedy An Act of God takes the stage at College Farm Road.  Following His recent sold-out Broadway run, God arrives in New Brunswick!  Called “deliriously funny” by The New York Times, God takes human form in An Act of God and doesn’t hold back about what He’s seen and heard.  In this hilarious comedy by Emmy Award-winner David Javerbaum (The Daily Show with Jon Stewart), God, along with his two archangels, answer many of the deepest (and not so deep) questions that have plagued mankind since Creation.

Following his triumphant play American Son, playwright Christopher Demos Brown returns to George Street Playhouse with American Hero.  An Iraq war hero’s perfect life starts to unravel when a fellow Marine seeking justice shows up threatening to expose a hidden past.  This probing drama shines a light on how America honors its veteran soldiers as well as the corrupting effect of awards and commendations, and questions what it truly means to be a hero.  American Hero joins American Son and a yet-to-be titled new work to create a trilogy of plays that explore American injustice.  American Hero is the recipient of the Steinberg Award Citation from the American Theatre Critics Association.

Next is the comic and touching Trying by Joanna McClelland Glass.  Internationally known Frances Biddle, Chief Judge of the Nuremberg trials, fierce opponent of the Japanese internment camps during World War II, and Attorney General under President Franklin D. Roosevelt, is 81 years old, elegant, sharply cantankerous, and trying to put his life in order. In true Pygmalion fashion, when a young, new secretary is hired, the two struggle to communicate but come to understand how two strangers at very different places in their lives can unexpectedly and forever influence each other. Trying is based on playwright Joanna McClelland Glass’ real-life experience as Biddle's secretary.

Closing the 2017-18 season is a rollicking farce from the author of the award-winning comedy The Foreigner. Larry Shue’s The Nerd begins on Willum’s birthday, and his party gets a jolt of hilarious excitement when Rick Steadman, a fellow ex-soldier who saved his life but who he never met, stops by for a visit. When he realizes that Rick is socially inept and will overstay his welcome with a vengeance, Willum must put together an outrageous plan to rid himself of this wacky GI who came to dinner.

During this time, the theater’s extensive education programs will also continue, including its acclaimed Academy classes and Summer Theatre Academy –  for children ages 5 to 18.  The 2017 Summer Theatre Academy will be held at the Lord Stirling School in New Brunswick; registrations are currently being accepted.

For more information about the 2017-18 Season, Education programs, and George Street Playhouse at College Farm Road, visit www.GSPOnline.org or call the box office at 732-246-7717.

The new performing arts complex on Livingston Avenue is set to open in the Fall of 2019 and will feature two state-of-the-art theaters; one an intimate size and the other larger and suited for the productions of plays and musicals.  George Street Playhouse will take residence in the new facility in Fall of 2019 to inaugurate its 2019-2020 season. 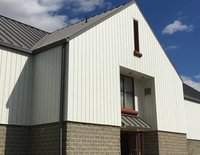