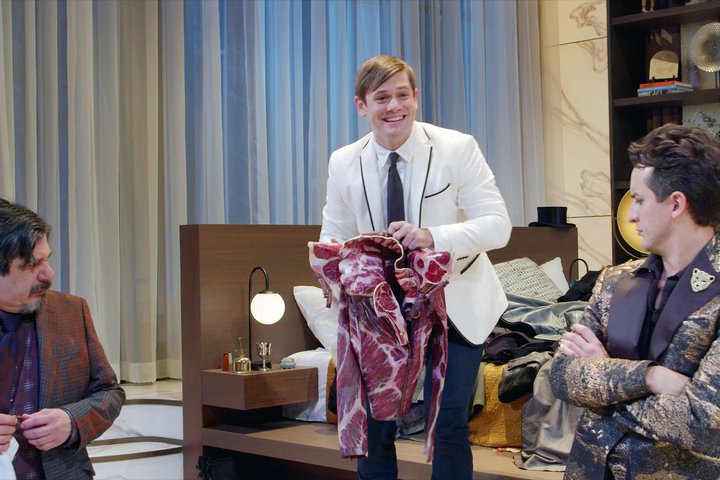 A critic once complimented Doug Harris, who has a principal role in the new George Street Playhouse production of It’s Only a Play, for his “smooth charm.”

Harris figures that critic “must have been allowed to drink inside the theater.”

Audiences can draw their own conclusions about that after seeing Harris in the Terrence McNally comedy, which Harris is doing at George Street for the second time this year from November 30 through December 19.

It’s Only a Play was the closing production in George Street’s “virtual season,” a series of performances prompted by the COVID pandemic that darkened live theaters in the United States for more than a year.

All but one of the plays in that series, streamed for home viewing, were recorded at the spacious house of a member of the theater company’s board of trustees, but It’s Only a Play was mounted on a stage at the New Brunswick Performing Arts Center, George Street’s new home.