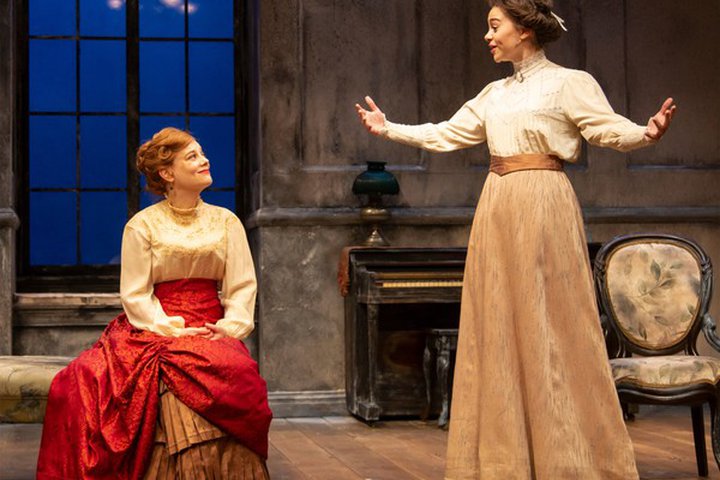 Sequels and even prequels aren't uncommon for successful Hollywood films, but they are rare for even the most acclaimed and popular titles in literature and drama, and New Brunswick's George Street Playhouse's second production of the season, "A Doll's House, Part 2" by Lucas Hnath, running through December 23 at GSP's temporary home at 103 College Farm Road, is proving to be one very successful example of that rarity.

The play, which originated in 2016 as a commission from South Coast Repertory Theater in Costa Mesa, California, was the author's first work to reach Broadway where it opened on March 30, 2017 for an announced limited run that was extended through September. It received eight Tony Award nominations but won only one for Laurie Metcalf who played Nora Helmer, the "doll" of the title.

Henrick Ibsen's "A Doll's House" had created a furor when it first opened in 1879, and readers and audience members have contemplated Nora's fate and future ever since. Disillusioned by her husband Torvald's adaptable morality and narcissism, Nora puts her keys and wedding ring on a hall table as she leaves Torvald's house and their three children behind. That dramatic gesture, wrote American critic and arts commentator James Huneker in 1905, "reverberated across the roofs of the world."