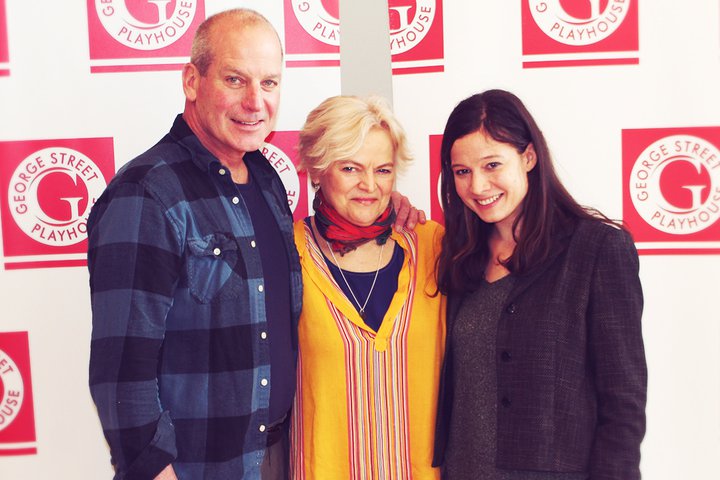 “Midwives” is a story with a sharp knife, lots of blood, a death, and a criminal trial—but no villain.

Chris Bohjalian’s play, in its world premiere at the George Street Playhouse in New Brunswick through February 16, is not about evildoers but rather about a woman going about her business when something goes off the rails.

The play, based on Bohjalian’s best-selling novel, concerns Sibyl Danforth, a skilled and experienced midwife in rural Vermont, who, with no time to dawdle, makes a fateful decision when a woman’s labor goes wrong.

Although Sibyl would normally transfer the mother from home to a hospital in such circumstances, a relentless winter storm cuts off communications and makes travel impossible.

When it appears the mother has died, Sibyl, for the first time in her career, delivers the baby via Caesarian section, using a kitchen knife.