Cast, creative team announced for "I Love You, You're Perfect, Now Change" 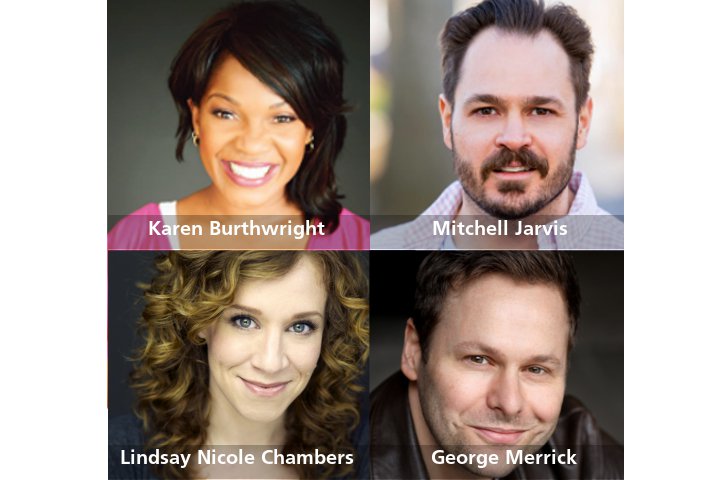 Helming the production will be David Saint, who is entering his 21st season as George Street Playhouse’s Artistic Director. This marks the third time Saint will be directing a work written by DiPietro at George Street Playhouse, having previously helmed world premiere productions of Clever Little Lies (2013), which moved off-Broadway in 2015, and Creating Claire. I Love You, You’re Perfect, Now Change marks the sixth DiPietro-written show to be produced at George Street Playhouse, including world premieres of The Toxic Avenger, Creating Claire and Clever Little Lies starring Marlo Thomas, as well as New Jersey premieres of Ernest Shackleton Loves Me and The Second Mrs. Wilson.

This fresh, contemporary take on I Love You, You’re Perfect, Now Change, premieres exclusively for Playhouse patrons. The world of dating has evolved, and this newly revisited musical will tackle modern love in all its forms. From the first date, to marriage, children, and the twilight years, I Love You, You’re Perfect, Now Change, follows the arc of relationships in insightful and hilarious ways.

With its longtime venue in downtown New Brunswick razed to make way for a new performing arts center that will serve as George Street Playhouse’s future home, the Playhouse has taken residence in the former New Jersey Museum of Agriculture at 103 College Farm Road on Rutgers University’s Cook Campus through its 2018-19 season. George Street Playhouse is expected to return downtown to the New Brunswick Performing Arts Center in time for its 2019-20 season. A former museum exhibit area is being transformed into an intimate, mainstage theatre space.

Tickets range in price from just $15 for students (with valid ID) to $79, based on performance. Visit our new website (www.georgestreetplayhouse.org<wbr/>), which allows patrons to select their own seating locations when ordering tickets online.

Located right off Route 1 amidst a vast bucolic setting on the Cook Campus of Rutgers University, George Street Playhouse’s new, interim venue features expansive lobby spaces, an outdoor patio and free nearby parking. The entrance into the building and to all areas of the theatre are barrier-free. For directions to George Street Playhouse, visit the Playhouse website (gsponline.org) and click Directions on the homepage.

Joe DiPietro (Book & Lyrics) is a two-time Tony Award winner for Memphis, which also received the 2010 Tony, Drama Desk and Outer Critics Circle Awards for Best Musical. He received a Tony nomination & Drama Desk Award for Nice Work If You Can Get It. His comedy Clever Little Lies, starring Marlo Thomas, premiered at GSP in 2013 and ran off-Broadway in 2015 under the direction of GSP Artistic Director David Saint. He also wrote the long-running off-Broadway hit Over the River and Through the Woods.

Jimmy Roberts (Music) composed the music for the original I Love You, You’re Perfect, Now Change, the second longest-running off-Broadway musical in New York theater history. It has since played all 50 states and over 25 countries around the world. Mr. Roberts also composed The Thing About Men (2003, New York Outer Critics Circle award for Best Musical).

Lindsay Nicole Chambers (Woman 1) was most recently seen as Miss Scarlet in Clue Onstage at Bucks County Playhouse. She can also be seen online in Submissions Only, Rachel Unraveled, and the upcoming season of ADULTish. Broadway and touring credits include Kinky Boots (Lauren), Lysistrata Jones (Robin), Legally Blonde and Hairspray. Off-Broadway, she has appeared in Sex Tips for Straight Women from a Gay Man (Robyn), Forbidden Broadway: Alive and Kicking, Triassic Parq (Velociraptor of Science).

Mitchell Jarvis (Man 1)  returns to George Street Playhouse after originating the role of Mitch in 2013’s Gettin’ the Band Back Together. Other stage credits include The Three Penny Opera (Macheath), Rock of Ages (Lonny), The Toxic Avenger (White Dude), The Rocky Horror Show (Frank), Sweeney Todd (Tobias), West Side Story(Tony), and The Spitfire Grill (Joe), among others.

George Merrick (Man 2), while making his George Street Playhouse debut, will be reunited with Joe DiPietro and David Saint, after appearing in the acclaimed off-Broadway transfer of Clever Little Lies with Marlo Thomas. He was seen on Broadway in Honeymoon in Vegas, South Pacific, and High Fidelity. Recent regional roles include Albert Peterson in Bye Bye, Birdie! at the Goodspeed Opera House, and John Adams in 1776 at the Pittsburgh Public Theatre.

I Love You, You’re Perfect, Now Change is sponsored by The Karma Foundation. 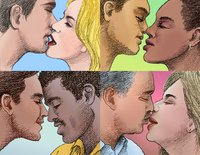 "I Love You, You're Perfect, Now Change"

A fresh, new, contemporary version of the off-Broadway smash hit musical "I Love You, You’re Perfect, Now Change" debuts exclusively for George Street Playhouse patrons! The world of dating has evolved, and this newly revisited musical will tackle modern love in all its forms. From the first date, to marriage, children and the twilight years, "I Love You, You’re Perfect, Now Change" follows the arc of relationships in insightful and hilarious ways. See it Oct. 10 - Nov. 12, 2017.