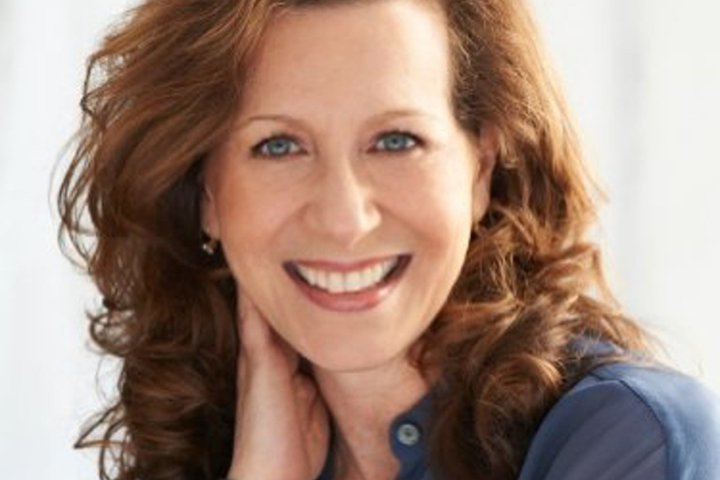 Nominated for eight 2017 Tony Awards, The New York Times called the new play “smart, funny and utterly engrossing” and dubbed it “The Best Play of the Year.” Since then, it has become the most-produced play of the season at theatres across the United States.

And with this wealth of artistic experience behind her, Aidem looks forward to helping George Street Playhouse be the first to bring A Doll’s House, Part 2 to local audiences this November.

“My own career has been all over the map, in terms of starting off-Broadway and doing avant garde theater,” she said.  “And then doing Broadway and going back to regional and doing summer stock.”

Known for starring as Lady Bird Johnson opposite Bryan Cranston in the 2014 Broadway play All The Way and for the hit musical film The Greatest Showman, Aidem previously appeared in New Brunswick in Mama's Boy, God of Carnage and Jolson Sings Again, all directed by George Street Playhouse’s Artistic Director David Saint.

“One does not need to know A Doll’s House, Part 1 to fully appreciate A Doll's House, Part 2 because there's so many universal things about marriage,” she explained. “All those things are so universal, and because it's a comedy, it also brings recognition of our human ability (or inability) to deal with them.”

A contemporary take on an imagined sequel, A Doll’s House, Part 2 proposes Ibsen’s famous Nora returning to the door she slammed 15 years earlier with unfinished business on her mind.

“I’m primarily an actor, so what I want is to see moments that happen spontaneously,” Aidem said. “I think the audience feels much more active in watching a play when they think something is happening in the moment.”

However, in addition to lending the work her actor’s voice, she also hopes to lend the piece, which features three female leads, a uniquely female perspective.

“I saw two productions of this play, and they were both directed by men,” Aidem said. “I’m a woman. I have been married. I have a child. The things that I've experienced in my life that I can bring to bear on this play are different than anybody else from my particular circumstances.”

And when choosing her design team, Aidem has succeeded in bringing other powerful female voices to the production.

Costuming this show professionally for the third time this season, she hopes to blend the turn-of-the-century aesthetic of the setting, a deliberately whimsical contrast to the play’s modern voice and language,  with a feminine edge.

“I want to say to the world you can wear flowery dresses and still be powerful. You don’t have to wear pants to be a powerful woman,” she continued.

Her design has focused on highlighting the strength of Nora as a character.

“Nora is the fire, so this is my main inspiration for the color palettes,” Gajic added.

This idea first sprung from the scenic design of Deb O.

After spending 18 years making parts in a Wisconsin factory, O returned to school to study art and design in adulthood and has since launched a career  spanning Trinity  Rep,  Kimmel  Center, and the Humana Festival of New American Plays.

“I imagined that 15 years before is when Nora walked out,” she explained. “And when she slammed the door, a fire ignited and set the place on fire. And she comes back, and that’s what we see.”

And while the creative forces behind the show will lend women’s voices to this Tony Award-winning play, Director Betsy Aidem remains certain audiences of all kinds will be able to enjoy it.

The show features Kellie Overbey (Broadway’s The Coast of Utopia) in the leading role of Noea She is joined by Andrew Garman (Broadway’s Salome, alongside Al Pacino), Ann McDonough (known for the 1987 film Moonstruck and Broadway’s Dinner at Eight), and Lily Santiago (The Public Theater’s Othello). Performances run Nov. 27 thru Dec. 23 with Opening Night set for Nov. 30—kicking off the holiday season.

To purchase a subscription, find tickets, or for more information, visit the George Street Playhouse website at www.GeorgeStreetPlayhouse.org, or call the box office at 732-246-7717.