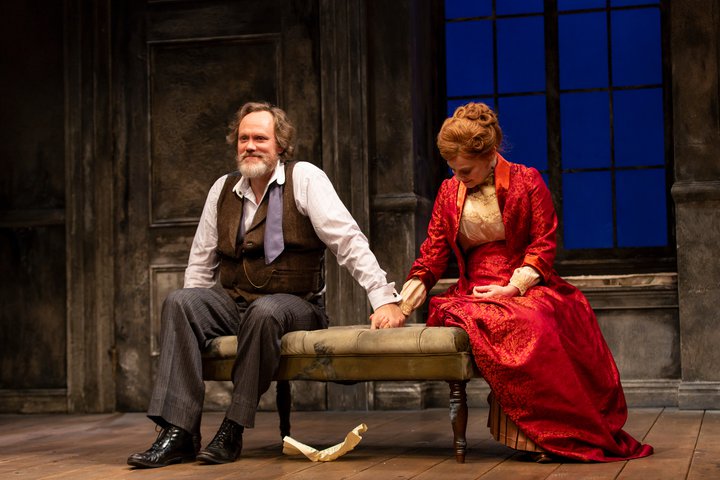 Betsy Aidem is a veteran actress you might have seen on Broadway. Or maybe on an episode of “Law & Order: SVU.” Or maybe on the big screen last year in “The Greatest Showman.”

But over the next few weeks in New Brunswick, Aidem is adding a brand-new section to her résumé — by helming a sequel (of sorts) to a classic play that’s more than 100 years old.

Aidem is making her professional directing debut with the latest staging of the Tony-nominated comedy “A Doll’s House, Part 2,” running through Dec. 23 at George Street Playhouse. A show that, despite its century-old roots, fits well into today’s gender-political climate.

For the uninitiated, “A Doll’s House” is an 1879 masterwork by Henrik Ibsen about a Norwegian woman named Nora who makes a seemingly selfless decision that enrages her husband Torvald. Nora becomes disillusioned with her cushy but rigged life and decides to leave behind her family, famously slamming the door behind her as she leaves.

“A Doll’s House, Part 2” isn’t by Ibsen. It was written 140 years later by modern playwright Lucas Hnath, and picks up 15 years after Nora leaves. She returns to her former home to settle unfinished business, knocking on the same door she slammed.

Don’t worry. Everyone associated with the show says you don’t need to know Ibsen’s masterwork to enjoy Hnath’s continuation.