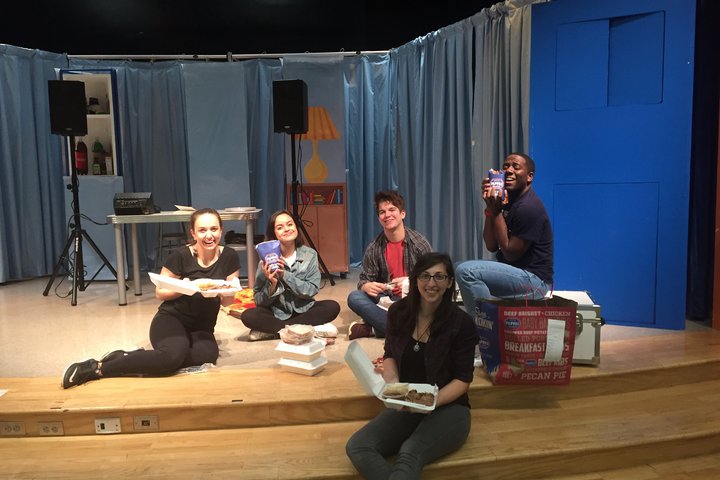 NOTE: Carol Foose, a 2016-17 GSP Educational Touring Theatre cast member, has returned this season to join the cast of Austin the Unstoppable, which is currently touring Houston schools and organizations through a grant provided by Novo Nordisk in conjunction with its Changing Cities Diabetes program. During the next few weeks, we will be sharing Carol's thoughts from Houston as she chronicles her experiences on the tour. Below is the fourth installment.

They say that time flies when you are having fun. Perhaps that is why this past month has felt like a week, and each hour-long performance passes by in what feels like no more than five minutes. Though we still have another three weeks left of our Texas trek, I am already feeling nostalgic, knowing how quickly the time will fly. My heart has definitely found a home away from home in Houston.

Our audiences this week continued to surprise me with their participation during the performances of Austin the Unstoppable. On Tuesday, I saw a young girl wipe her tears after the scene where Deena shares with her children, Kayla and Austin, that she has been diagnosed with Type 2 Diabetes. Later in the week, we had an entire audience clapping along to the beat as Mason danced across the stage as our beloved temptations (an X-box controller, Mr. Pizza, and a Devil Dog). My favorite reaction this week was from an audience of students who thought Austin needed some tough love. They screamed and even scolded him as he tried to sneak a brownie from the “Junk Trunk.”

In the Post-Play Discussion, there is almost always one student who asks "Do you like being on stage?”  Each actor takes their turn to try to fit the extent of their joy and passion into words, but I find we often come up short. I wish that my own description of my utter happiness to be doing what I am doing would translate for someone else into the feeling of the butterflies in my stomach before the show or the post show adrenaline rush. I always share with the students that we are so lucky to have had the opportunity to chase down a dream so that they know our joy is bred from passion and hard work. My hope is that through the words coming from my heart and out of my mouth, I can nourish them with at least a droplet to water the dreams they already have blooming in their minds.

I feel really lucky to have a job where I look forward to the weekdays/workdays more than I do the weekends. This weekend, however, was filled with such adventure that I was happy to bask in the Texas sun. On Saturday, the ladies of Unstoppable cheered the Houston Astros all the way to the World Series from the patio deck of a restaurant. Upon the team’s victory, there was a city-wide cheer that could be heard if you stepped outside. On Sunday, Kate, Erica, and I ventured to Galveston, an island city on the Gulf Coast of Texas. We happened to be there during the Art-Tober Fest, where streets were closed down so artists could display and sell their work. We walked along the beach at sunset and fought our own temptations at La Kings Confectionary. (My temptations definitely won that battle as I left with a bag of chocolate truffles. But as Deena reminds us in the show, “Treats are ok every once in a while.”)

We currently have 24 performances under our belt, and we look forward to the joyful performances and adventures that the next week of our journey will bring!  Some upcoming adventures include a trip to NASA, a brief performance at a convention, a visit to the museum district, and of course another visit to our furry friends at BARC. 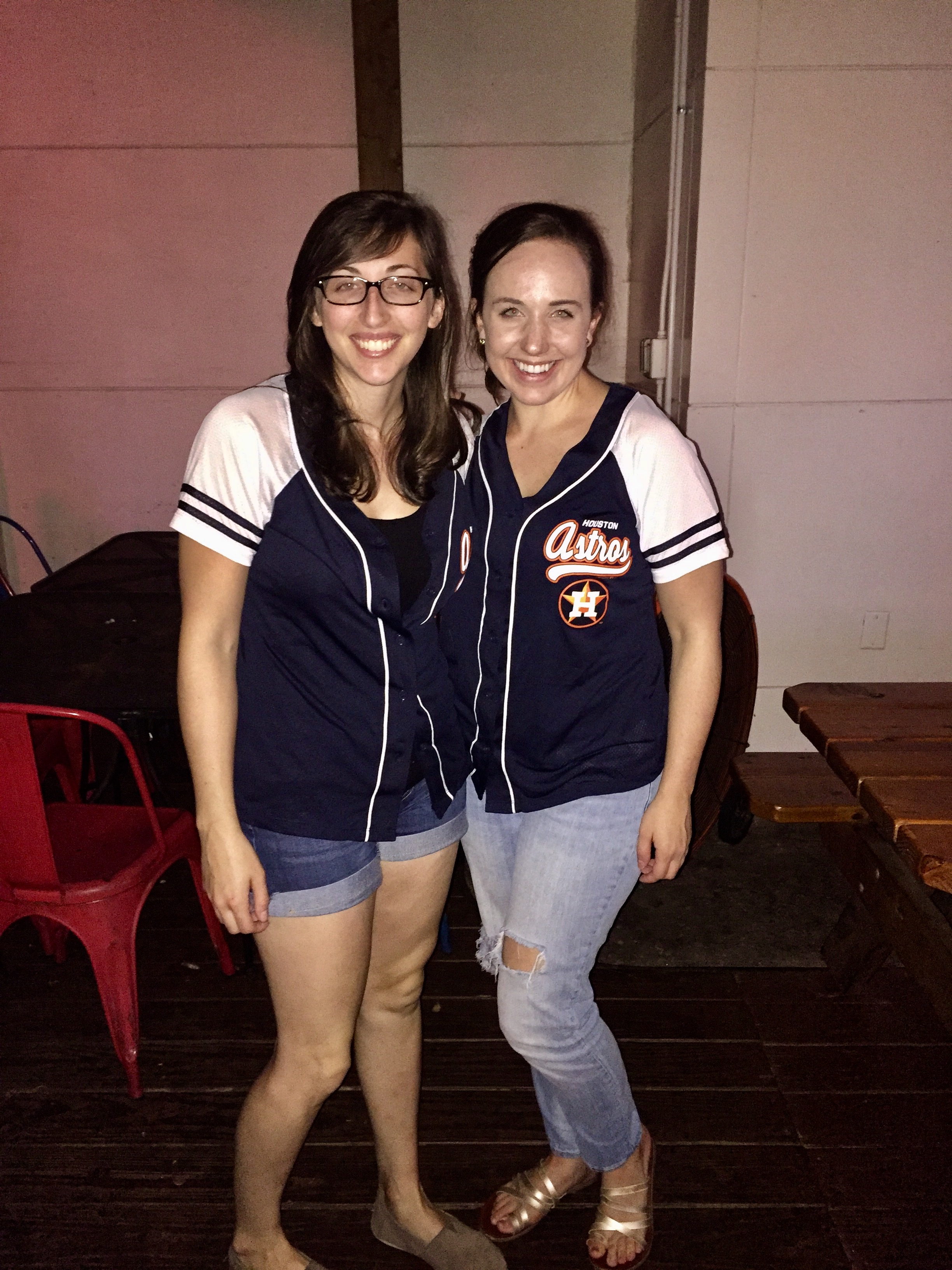 Erica and Carol cheer on the Astros in the new matching jerseys. Next Stop - WORLD SERIES! 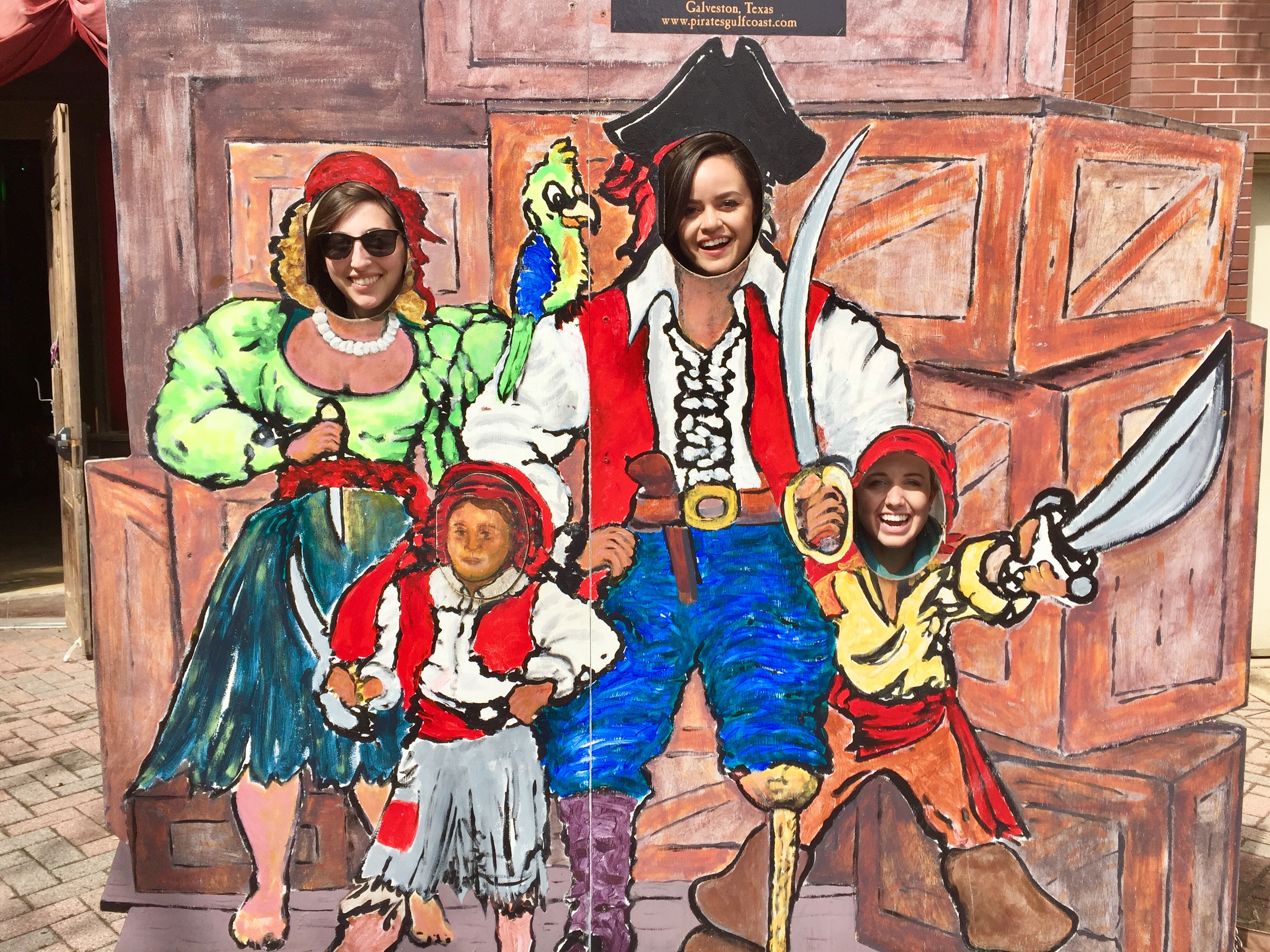 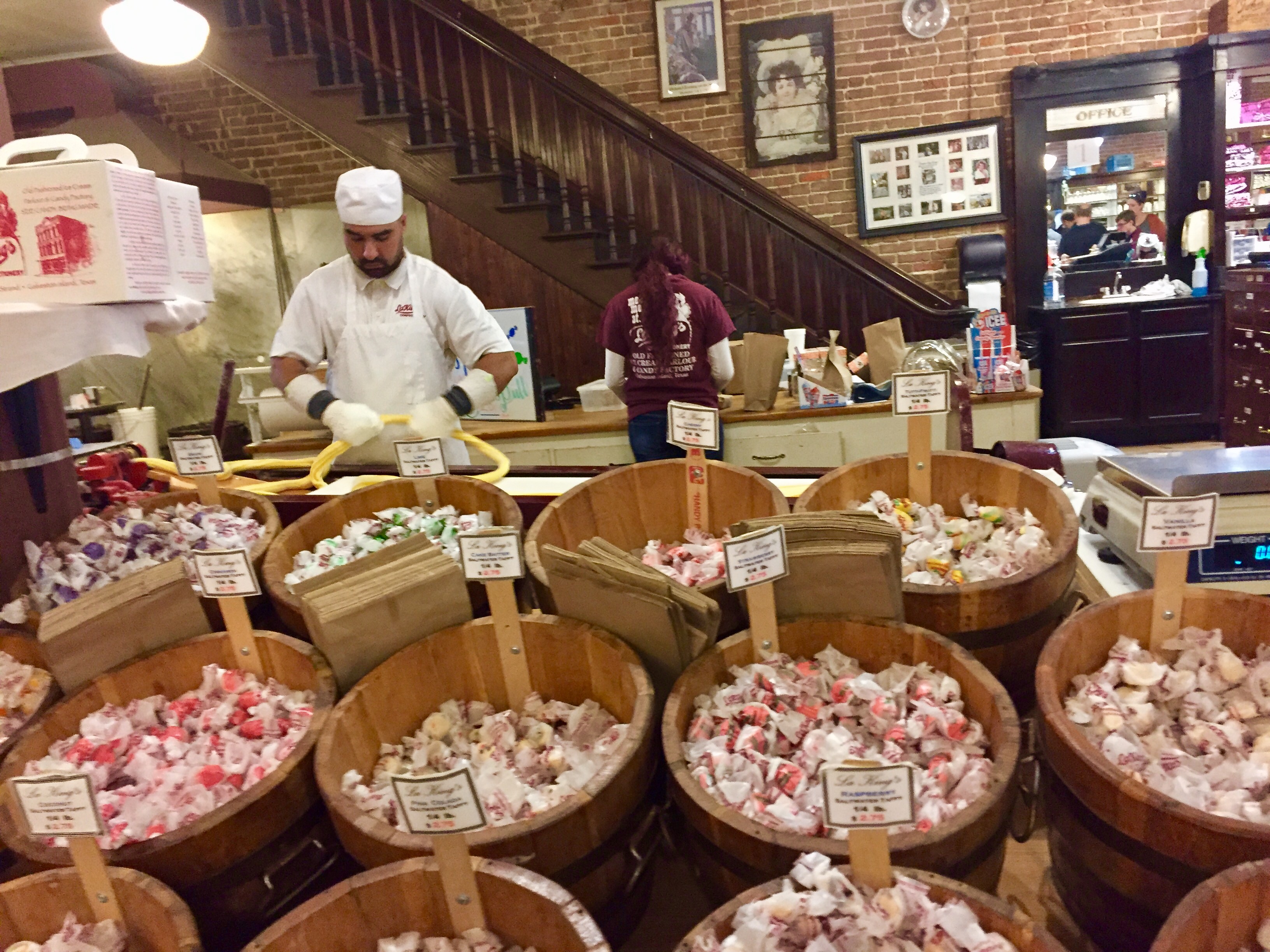 Meet the man who conjures up our temptations at La Kings Confectionary in Galveston, TX. 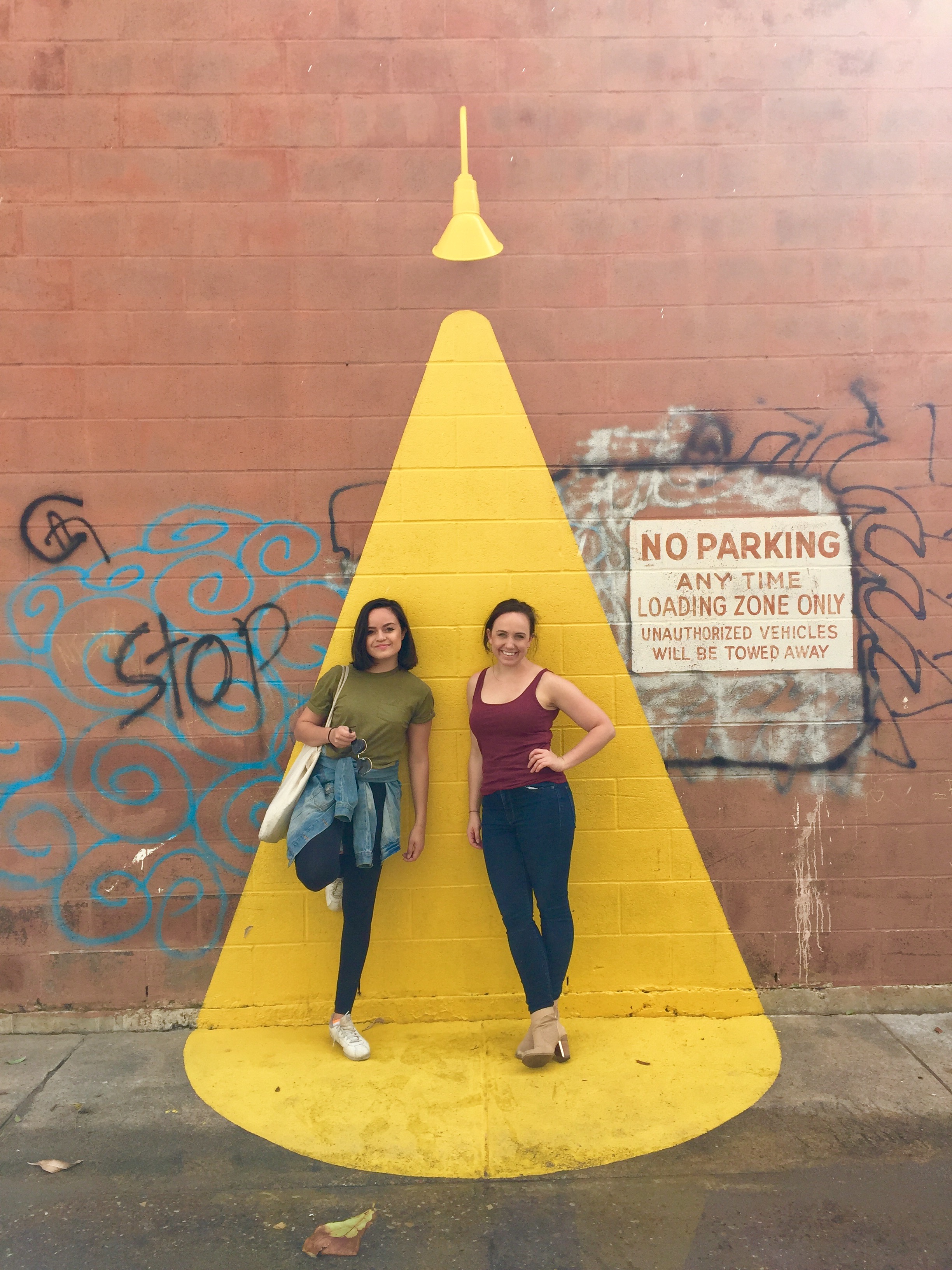 Actors Carol Foose and Katie Lugo find their light, even in an alley in Galveston, TX. 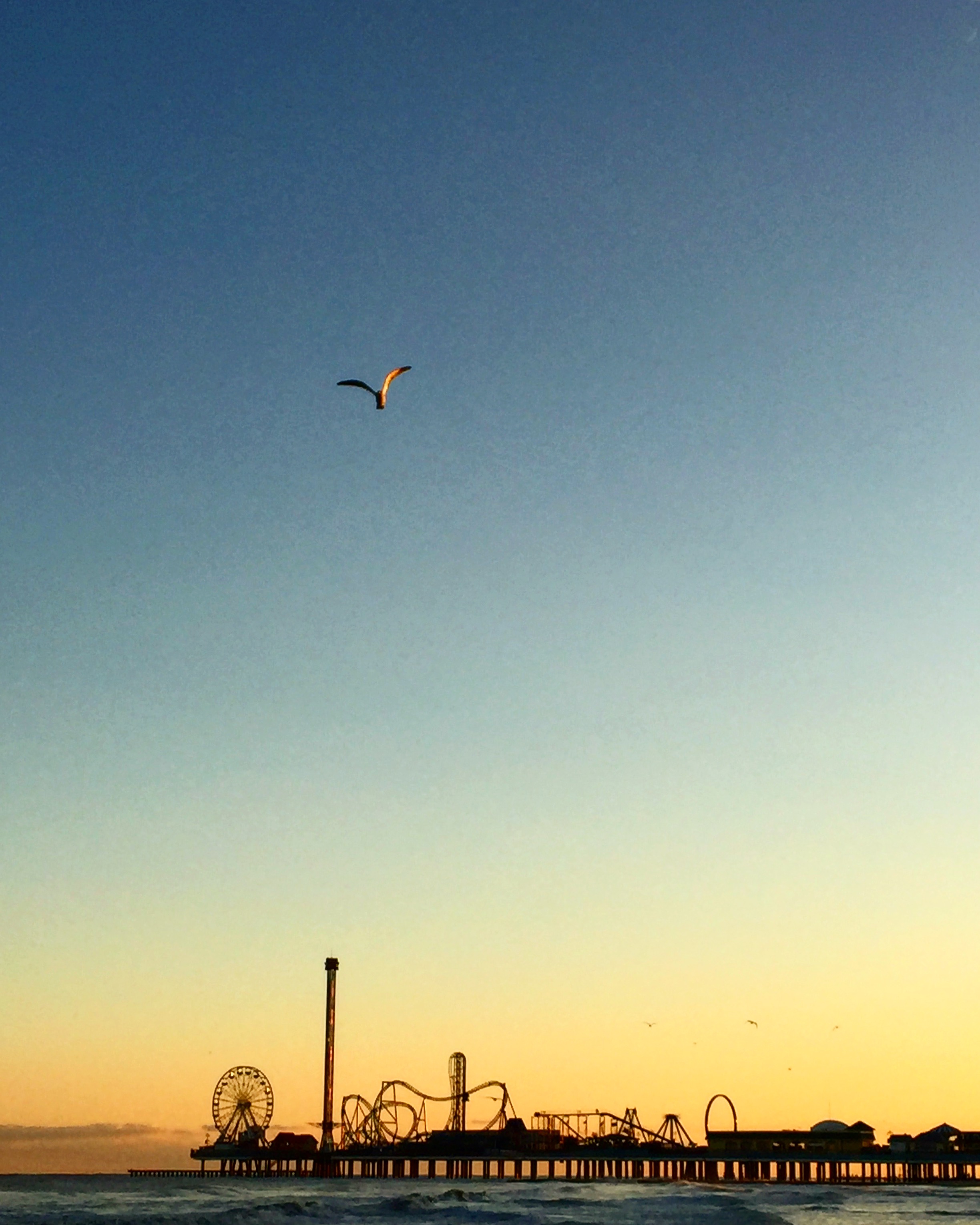 The lovely sunset over Pleasure Pier in Galveston, TX. 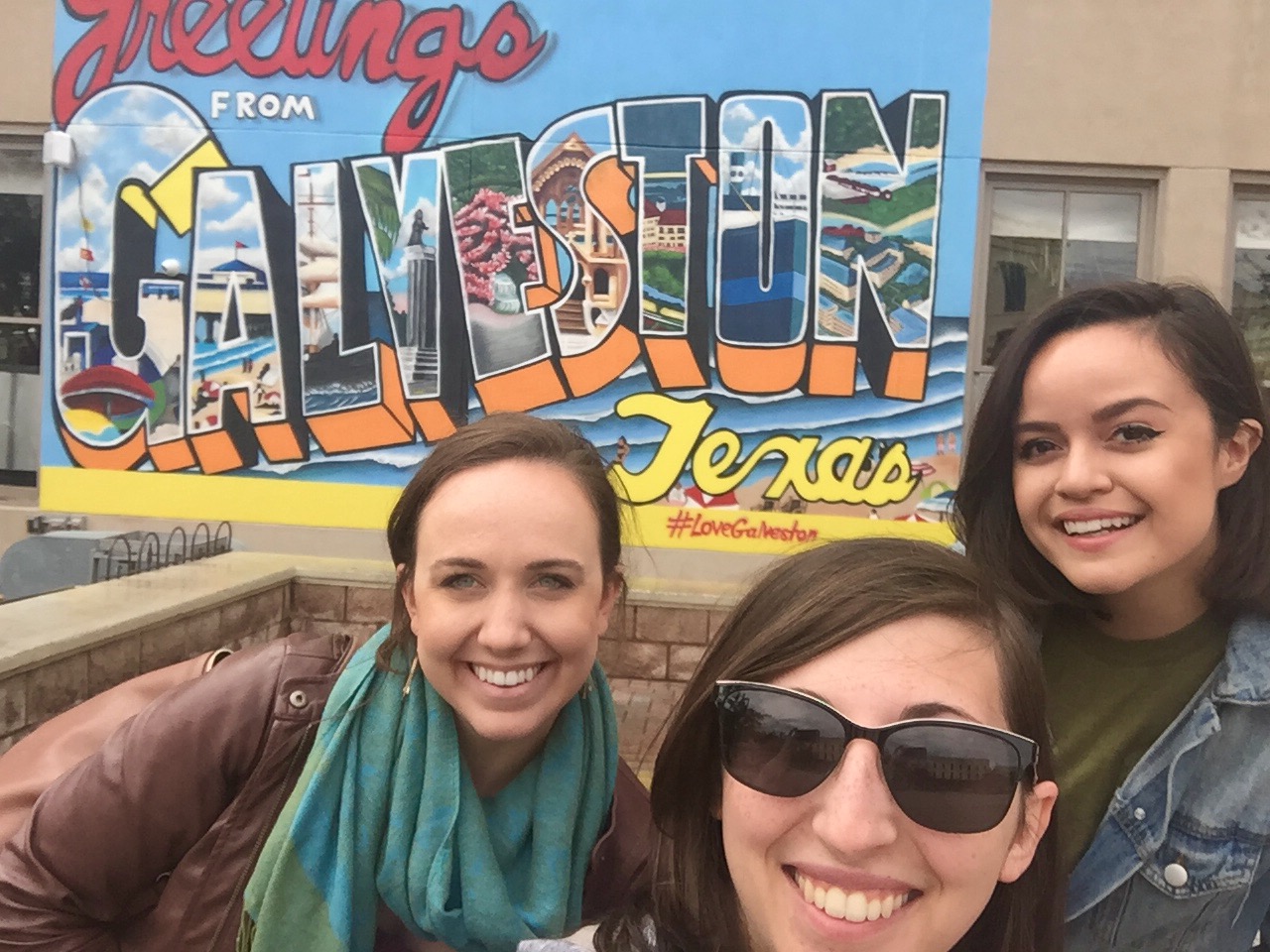