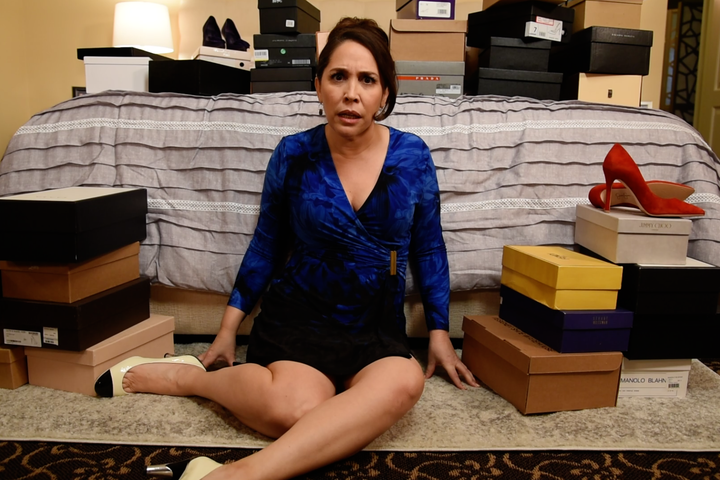 Andrèa Burns sums up what she has just done by paraphrasing a Stephen Sondheim lyric: “We made a hat where there never was a hat.”

By that, she means that she and the George Street Playhouse team have created a show for a pandemic audience in a form that has few if any precedents and no real definition.

The show in question is “Bad Dates,” a comedy by Theresa Rebeck that first appeared in 2004 when an actress on a stage had no need of 21st century technology to connect with her audience.

George Street—whose new theaters in New Brunswick have been kept dark by the COVID virus—will stream the play from February 23 through March 14, the first of four such presentations that will constitute the playhouse season.

Burns plays Haley, a single mother who supports herself and her teenaged daughter by working at a New York restaurant, and who is breaking a long hiatus from dating.