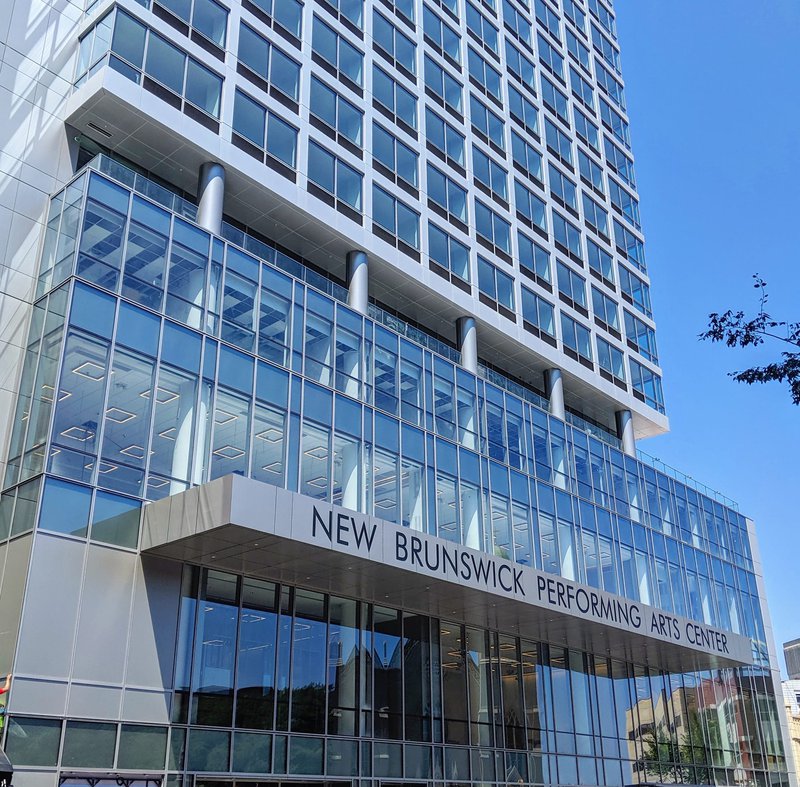 Under the leadership of Artistic Director David Saint since 1997, the Playhouse produces groundbreaking new works, inspiring productions of the classics, and hit Broadway plays and musicals that speak to the heart and mind, with an unwavering commitment to producing new work.  As New Brunswick’s first producing theatre, George Street Playhouse became the cornerstone of the revitalization of the City’s arts and cultural landscape. With its 45-year history of producing nationally renowned theatre, the Playhouse continues to fill a unique theatre and arts education role in the city, state and greater metropolitan region.

Founded by Eric Krebs, George Street Playhouse, originally located in an abandoned supermarket on the corner of George and Albany Streets, was the first professional theatre in New Brunswick. In 1984, the Playhouse moved to a renovated YMCA on Livingston Avenue, and in 2017 took temporary residence in the former Agricultural Museum at Rutgers University during construction of its new home.

The Playhouse has been well represented by numerous productions both on and off-Broadway. In 2018, George Street Playhouse was represented on Broadway with Gettin’ the Band Back Together which premiered on the Playhouse mainstage in 2013. American Son, produced by George Street Playhouse in 2017, opened on Broadway in 2018 starring Kerry Washington and Stephen Pasquale, and will appear on Netflix. Other productions include the Outer Critics’ Circle Best Musical Award-winner The Toxic Avenger. In 2015, It Shoulda Been You opened on Broadway and Joe DiPietro’s Clever Little Lies opened off-Broadway. Both shows received their premieres at the Playhouse. Others include the Outer Critics Circle, Drama Desk and Drama League nominated production of The Spitfire Grill; and the Broadway hit and Tony and Pulitzer Prize winning play Proof by David Auburn, which was developed at the Playhouse during the 1999 Next Stage Series of new plays.

Inspired by the platforms of Arts EDNJ and New Jersey Department of Education's 2020 Visual and Performing Arts Learning standards and research on culturally responsive learning, George Street Playhouse has reimagined and designed new educational programs beginning in the 22-23 Season.  Programs will set priority on teacher professional development and student learning experience and align academic work with theatre arts teaching methods. The programs will emphasize social and emotional learning competencies and prioritize the importance of equity, diversity and inclusion.

George Street Playhouse programming is made possible in part by funds from the New Jersey State Council on the Arts/Department of State, a partner agency of the National Endowment for the Arts.  Grant funding has been provided by the Middlesex County Board of County Commissioners through a grant award from the Middlesex County Cultural and Arts Trust Fund.